Ryukyuan Artifacts in the USA: A Detective Story 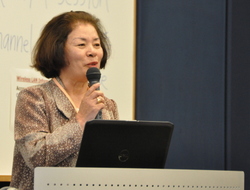 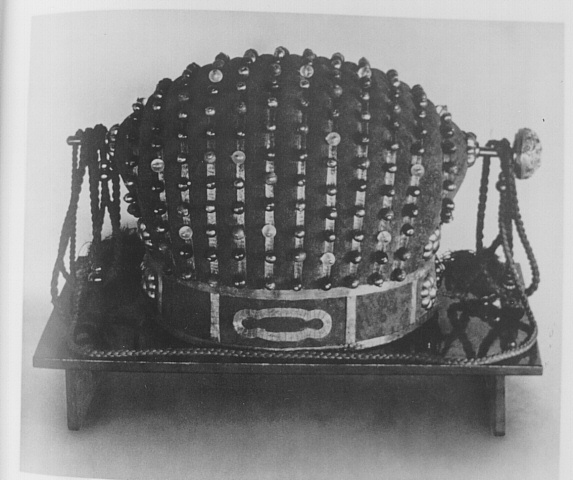 Crown of the Sho Royal Family of the Ryukyu Kingdom, from the US Federal Bureau of Investigation’s National Stolen Art File 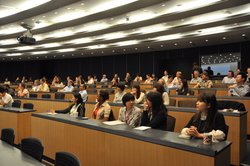 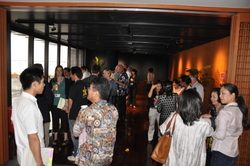 Before the colloquium, attendees had a chance to talk to the speaker over refreshments.

On April 2, OIST held its second colloquium, “Ryukyuan Artifacts in the USA: A Detective Story.” The speaker was Fuji Takayasu, an Okinawa art historian who was inspired to enroll in a master’s program ten years ago, at age 59, in order to investigate how the many Ryukyuan artifacts in US museums came to be there. Ryukyu refers to a chain of islands in south Japan that includes Okinawa.

Ms. Takayasu explained that many cultural treasures in Okinawa went missing during and after the Battle of Okinawa in 1945, leading many Okinawans to believe that the Ryukyuan artifacts now in American museums must have been plundered by soldiers. But when she researched 1984 Ryukyuan items in 37 US museums (many of them big names, such as the American Museum of Natural History), Ms. Takayasu found that only about 10 of them were war booty, while another 200 or so were of uncertain provenance—the rest had been legally acquired. She learned of many individuals and networks of collectors who, starting in the 1880s, acquired artifacts with the approval of the Japanese government. Such collectors were motivated by a genuine interest in Japanese and Ryukyuan art and a desire to preserve it, Ms. Takayasu said.

But the detective story continues, since most of the “soldiers’ souvenirs” taken from Okinawa during and after the war are still unaccounted for, perhaps held by individuals rather than museums. Ms. Takayasu encouraged audience members to help solve the mystery by contacting her or the Okinawa Prefectural Government if they spot Ryukyuan artifacts in museums outside Japan.

OIST colloquia are an ongoing series of public talks at OIST. Presentations are in either English or Japanese, with simultaneous interpretation when needed.