OIST Researcher Talks about “Her Heaven” in Japanese Speech Contest

Anyone who has visited or lived in a foreign country and struggled with language barriers understands the frustration of not being able to communicate effectively. To address such concerns, OIST offers English and Japanese language training to its members.

On February 25, Ms. Caroline Starzynski, a short-term student research assistant from Germany in the G0 Cell Unit, and a student in the OIST intermediate Japanese class, took part in the 29th Japanese Speech Contest for Foreigners in Naha City. The annual event, sponsored by the Okinawa International Exchange and Human Resources Development Foundation, brought together 11 contestants from countries such as Brazil, China, India, Israel and Nepal this year, who are all studying in Okinawa. It was the first-ever participation from OIST.

In a 7-minute speech “My Heaven: Where Tradition and International Center of Knowledge Meet,” Ms. Starzynski talked about her first impression of Okinawa and initial loneliness, which she said eventually faded as she made friends with the local people. She also highlighted the research environment of OIST, which she described as a “heavenly paradise” for students pursuing a Ph.D. degree.

This is not the first time that Ms. Starzynski has used Japanese on a daily basis as she was formerly a student at the University of Tsukuba. However, the participation in the contest required hours of practice with her Japanese teacher Ms. Aya Yamakawa and a rehearsal in front of her colleagues and the Japanese staff at OIST.

Closing her speech, Ms. Starzynski underlined the importance of scientific development, collaboration among local academic institutions, and the global network for the bright future of Okinawa, which she said is becoming her second home. “It was a very exciting international event,” said Ms. Starzynski. “Although I was extremely nervous at first about the thought of speaking to a huge audience, I learned a lot from taking part in this event. I would like to continue studying Japanese hard and realize my goal of conducting research in Japan.” 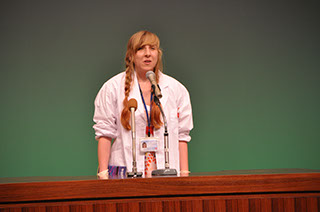 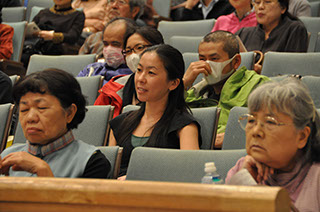 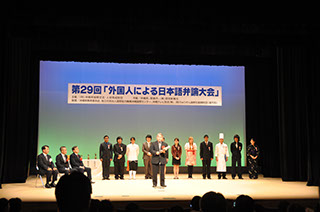 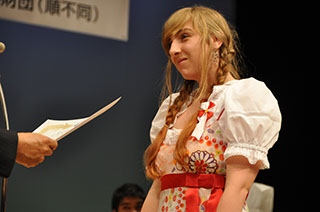 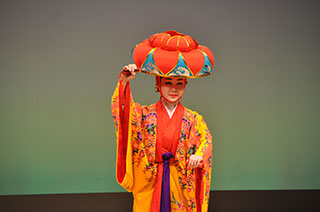 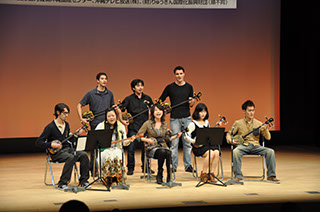 The speeches were followed by performances by students