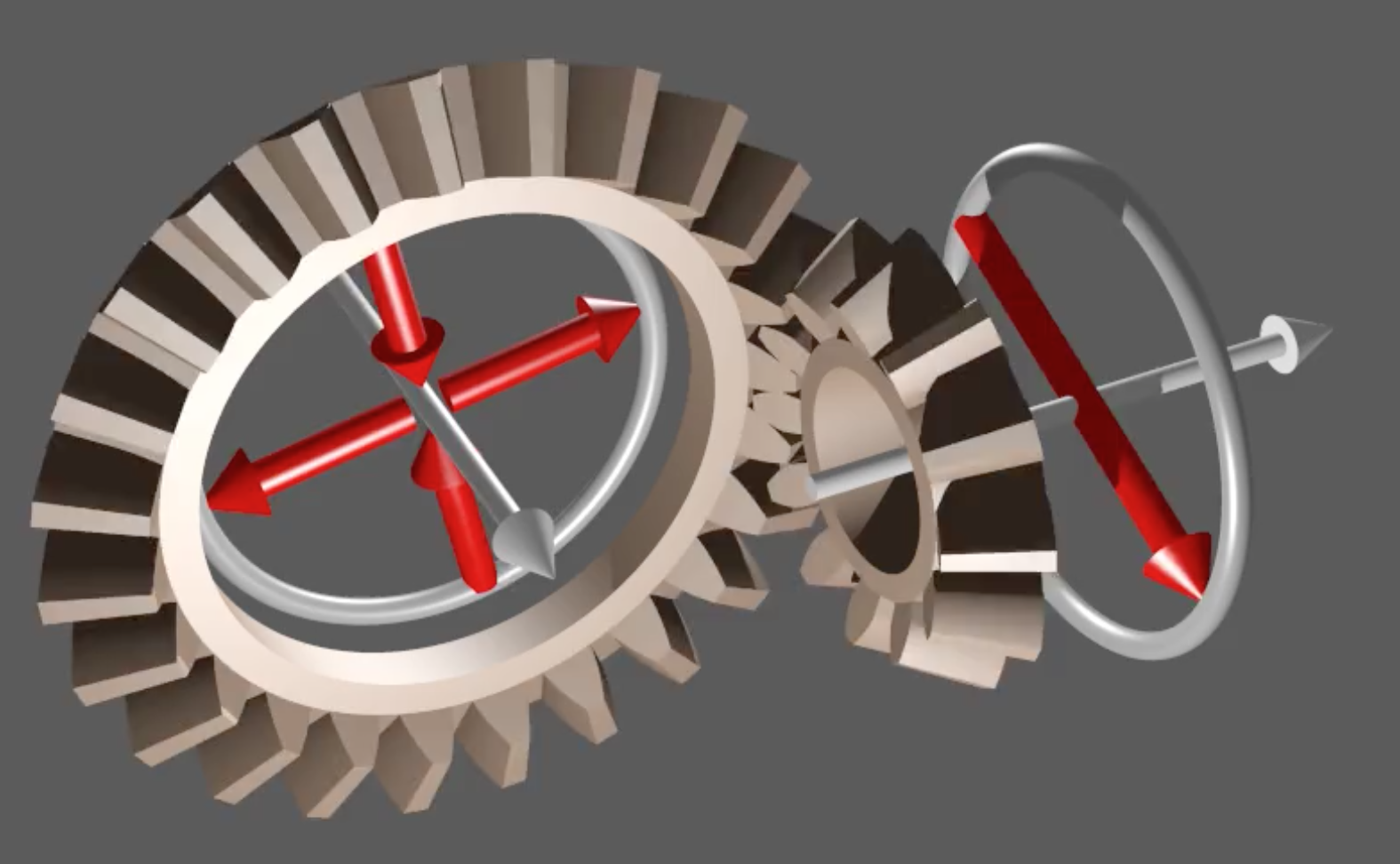 Analogy between the quadrupole-dipole interaction and a mechanical gear system. The quadrupole (left) is symbolized with four dipoles, two of them point in and two point out in an antiparallel way. In this example the rotation axes (gray) are perpendicular. In both, the magnetic and the mechanical case, the left gear has twice as many teeth as the right gear, so a full cycle of the right gear corresponds to half a cycle of the left gear.