OIST in the Spotlight

Every year, business leaders of Okinawa and mainland Japan participate in the Okinawa Forum, which was launched on October 9, 1990 to develop exchange among its members and to promote Okinawa’s economic and cultural development. The forum attracts a great deal of attention, as it is filmed and broadcast widely in Okinawa. 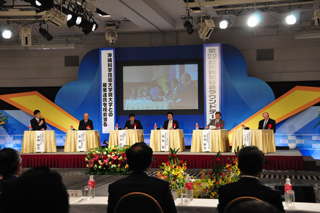 This year, the meeting took place on November 21 in Naha City under the theme “Seeking ways for the Industry’s Collaboration with OIST.” OIST President Dr. Jonathan Dorfan gave a keynote speech discussing the role of the OIST Graduate University in the development of an R&D cluster in Okinawa. Following his talk, Dr. Dorfan was joined for a roundtable discussion by Mr. Yoshihisa Kawakami, Director of the Okinawa Prefectural Government’s Planning Division, Mr. Toru Inezuka of Daikin Industries, Ltd., Mr. Mitsuru Miyata,  Executive Leader Writer of Nikkei Business Publications, Inc., and Mr. Shinya Takeuchi, Executive Assistant to the OIST President.

In the discussion, Mr. Inezuka expressed hope that OIST will achieve research results that meet the needs of industry, and also called on universities as a whole to use the private sector as a tool to contribute to the society. Mr. Miyata, who has been reporting on the bio industry in Japan and overseas, cited the Silicon Valley in U.S.A. and emphasized that people hold the key to the success in creating an R&D cluster. Mr. Kawakami also expressed strong expectations that OIST will become a driving force behind the R&D cluster formation, and a contributor to nurturing talented personnel in Okinawa.

A TV special highlighting this year’s forum is scheduled to be broadcast in January. 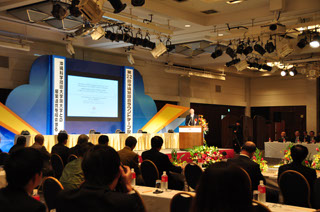 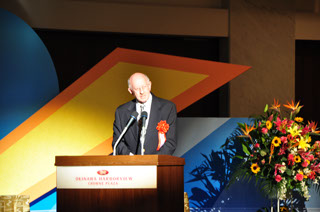 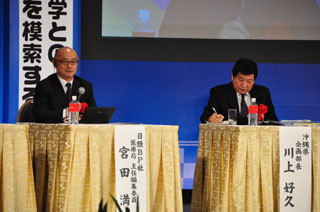 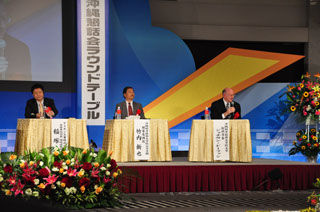 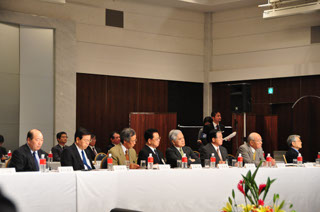 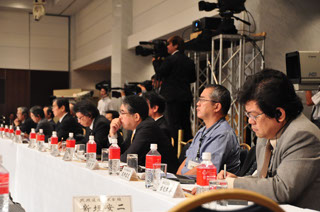