Give Tics the Flick 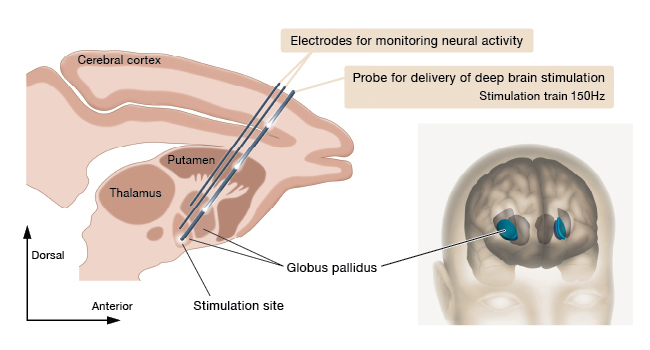 Between 1 and 10 children per 1,000 have Tourette syndrome and as many as 10 per 1,000 people may have tic disorders. Tourette syndrome – also known as Gilles de la Tourette syndrome – is a developmental disorder that is characterized by tics – sudden, repetitive movements or sounds that people make seemingly without realizing it. Tics range from eye blinking or grimacing to head jerking or foot stamping. Verbal tics can be throat clearing, making clicking sounds, repeated sniffing, yelping, or shouting. Tics are frequently accompanied by other neuropsychiatric disorders such as attention deficit hyperactivity disorder and obsessive compulsive disorder.

A new study conducted by British and Japanese researchers, Drs. Kevin McCairn and Masaki Isoda of the Unit on Neural Systems and Behavior at the Okinawa Institute of Science and Technology Graduate University (OIST), in collaboration with Dr. Atsushi Iriki at the RIKEN Brain Science Institute, has discovered that in a nonhuman primate model of Tourette syndrome, high-frequency electrical stimulation in the basal ganglia abolishes abnormal neural firing responsible for involuntary movements. Published in NeuroReport, this study opens up new avenues for translational research into the therapeutic application of deep brain stimulation in various neurological and neuropsychiatric illnesses.

Previous studies have shown that during the expression of tics, rapid changes in neuronal activity take place in the cerebral cortex and the basal ganglia. Although high-frequency electrical stimulation targeting the basal ganglia, which is an established procedure for the treatment of Parkinson’s disease, has been tried in clinical trials for Tourette syndrome, a neurophysiological mechanism underlying any therapeutic effect remains a mystery.

To address this issue, the researchers continuously monitored electrical activity of individual neurons in the globus pallidus (GP), a critical element of the basal ganglia, using a nonhuman primate model of Tourette syndrome. They found that during tic expressions, neurons in the external segment of the GP showed an increase in activity and those in the internal segment displayed a decrease in activity, consistent with previous studies. They then applied high-frequency electrical stimulation in the internal segment of the GP with the stimulating parameters mimicking those used in the treatment of Parkinson’s disease (frequency = 150 Hz, pulse width = 60 µs, intensity = 1 V). To their surprise, deep brain stimulation eliminated tic-related abnormal neural activity in more than 70 % of neurons in both segments of the GP. These neuronal effects were accompanied by a consistent reduction of movement disturbances.

Dr. McCairn said, “These results have demonstrated deep brain stimulation, which in the past has been successful in combating Parkinson’s disease, can have an important therapeutic effect for the treatment of Tourette syndrome.”

This new research provides a scientific foundation for the clinical application of deep brain stimulation in Tourette syndrome. Future work will build on the current findings toward understanding and treatment of comorbid neuropsychiatric disorders frequently associated with Tourette syndrome.