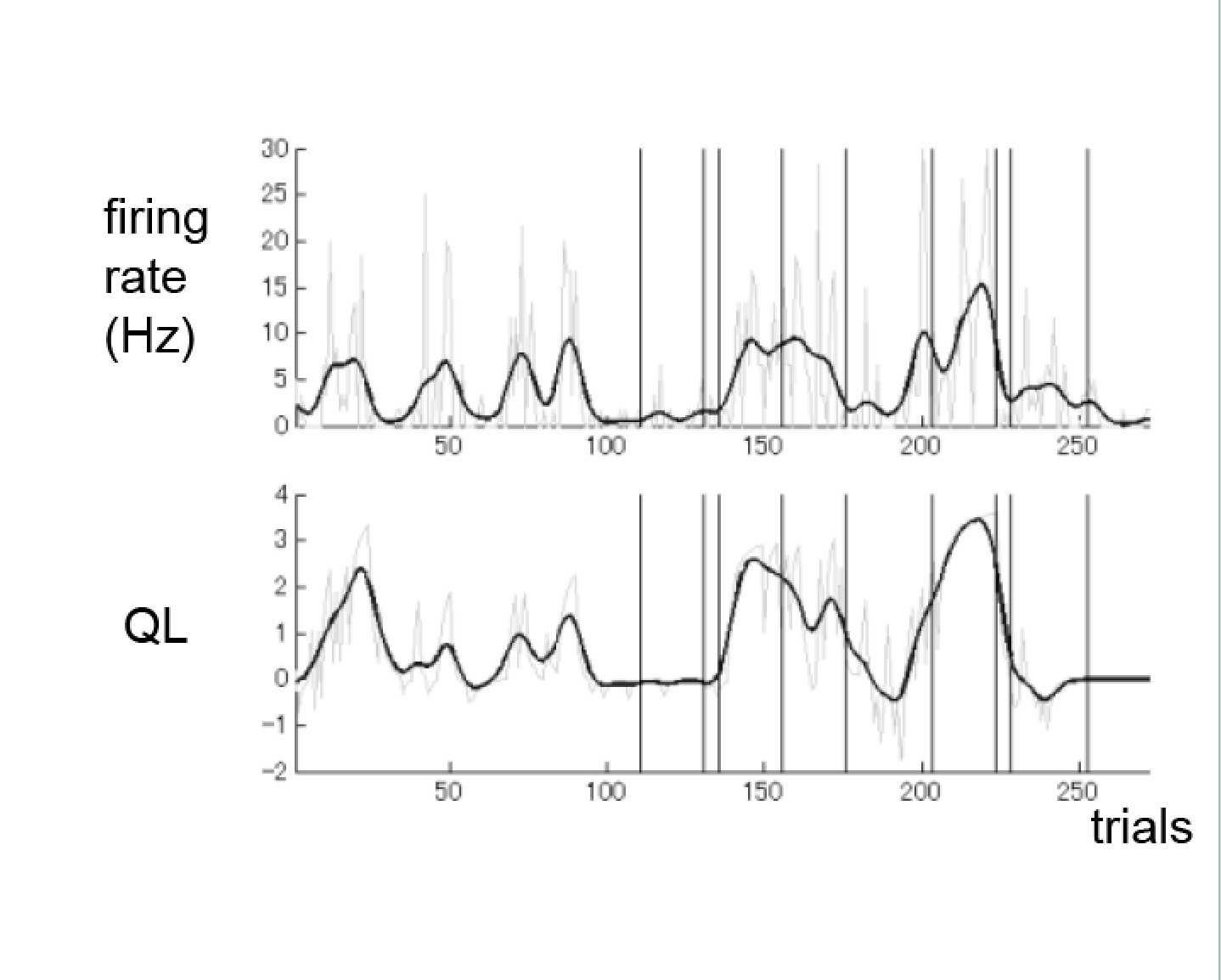 The firing rate of a single dorsolateral striatum neuron in a rat (top), in the moments just before making a decision to pick the left or right hole, closely matches the trial-varying action value for left (bottom; the expected benefit of picking left estimated from the rat’s choice behavior based on an algorithm). This appears to indicate that the rat’s neurons are performing very similar action value learning as the algorithm used in adaptive robots.