Cells multiply by growing and dividing into two, following a regular pattern called the cell cycle. During the cellular division period called mitosis, chromosomes, which store genetic information in DNA in the nucleus, are correctly transmitted and segregated from a mother to two daughter cells. To divide properly, the DNA must be gathered together and condensed into tightly-structured chromosomes that can then be neatly duplicated for separation into the two daughter cells.  This important chromosome condensation is enigmatic, as the mechanism for condensation is not understood beyond a prevailing concept that at a protein molecular complex called condensin pulls the DNA strands together prior to transmission and segregation.

Yuko Akai, a PhD student in the G0 Cell Unit led by Professor Mitsuhiro Yanagida, and her colleagues have just published research showing the process of chromosome condensation (Full description of the research can be found in Open Biology1:110023). They propose that the condensation may occur by condensin eliminating components of the nucleus that normally hold the DNA in a spread-out state. The research demonstrates that chromosome segregation is severely impaired if this elimination does not proceed normally, strongly indicating that the removal and following winding up of DNA is crucial for condensation and segregation.

Ms. Akai, who is currently enrolled as a PhD student and works as a technician in the G0 Unit, said, “I am very honored to have the result of our long and rigorous work in the journal published by the prestigious Royal Society. I hope our findings can contribute to further development of this field.”

Watch a movie showing one example of successful mitosis and three examples of failed mitosis. 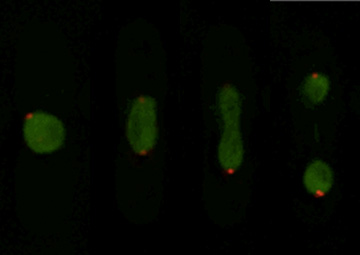 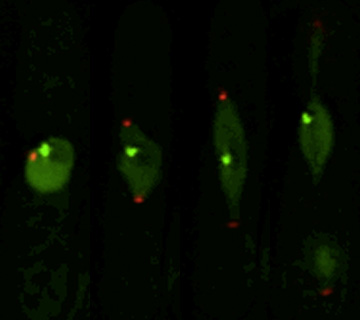