In collaboration with the Okinawa Prefecture Government (OPG), a controlled laboratory at OIST has started Polymerase Chain Reaction (PCR) testing for COVID-19. This will be the third laboratory in Okinawa that is capable of carrying out such tests.

Coordinated by OIST Provost Professor Mary Collins, who is a virologist, this project involves researchers and staff from the DNA Sequencing Section, the Protein Engineering and Evolution Unit, and the Occupational Health & Safety Section.

“The OPG will send clinical samples to us. We'll take them to a controlled lab and extract the virus RNA,” explained Professor Collins. “Once we’ve done that, the samples are safe, and we can run the PCR test. Most of the reagents we use came in the form of kits supplied by manufacturers overseas.”

The researchers are following approved health & safety protocols that have been recommended by the World Health Organization.

On 1st  May, the researchers performed control tests on four samples that had already been confirmed by one of the other labs to be positive or negative. By checking that their tests provided identical results, the lab confirmed that the OIST PCR tests were accurate.

“At the moment, the situation in Okinawa is fragile, with only two other labs on the island that are approved to perform this test,” said Professor Collins. “We're not sure how many samples we're going to receive at our lab but both OIST and the OPG were keen to set it up so that we have a back-up in the event that there is a surge in cases here.”

How much distance is enough?

Manufacturing Masks with a Cotton-Candy Machine

Modeling the Spread of COVID-19 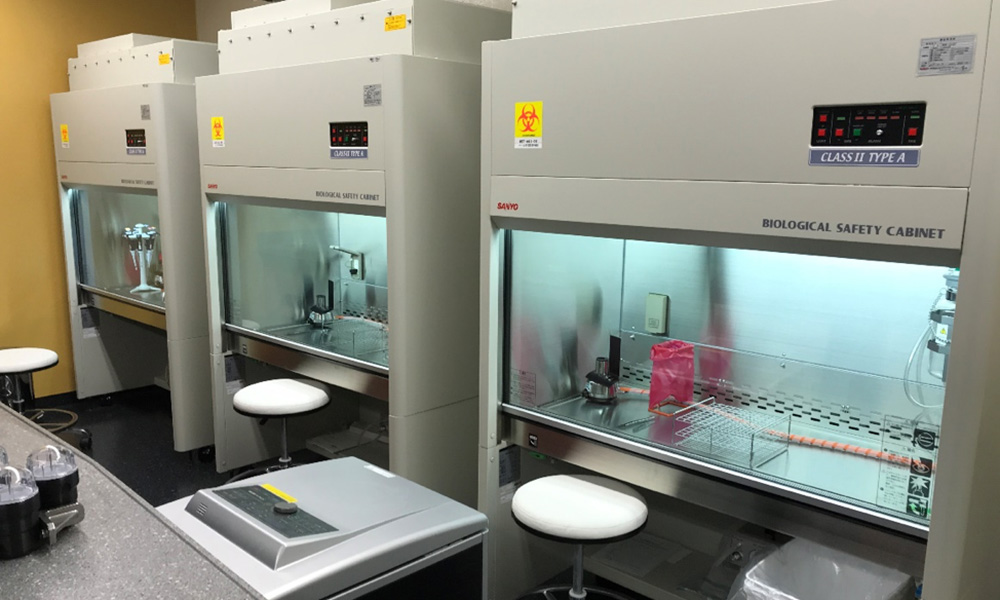