Lugaro cells and a Golgi cell 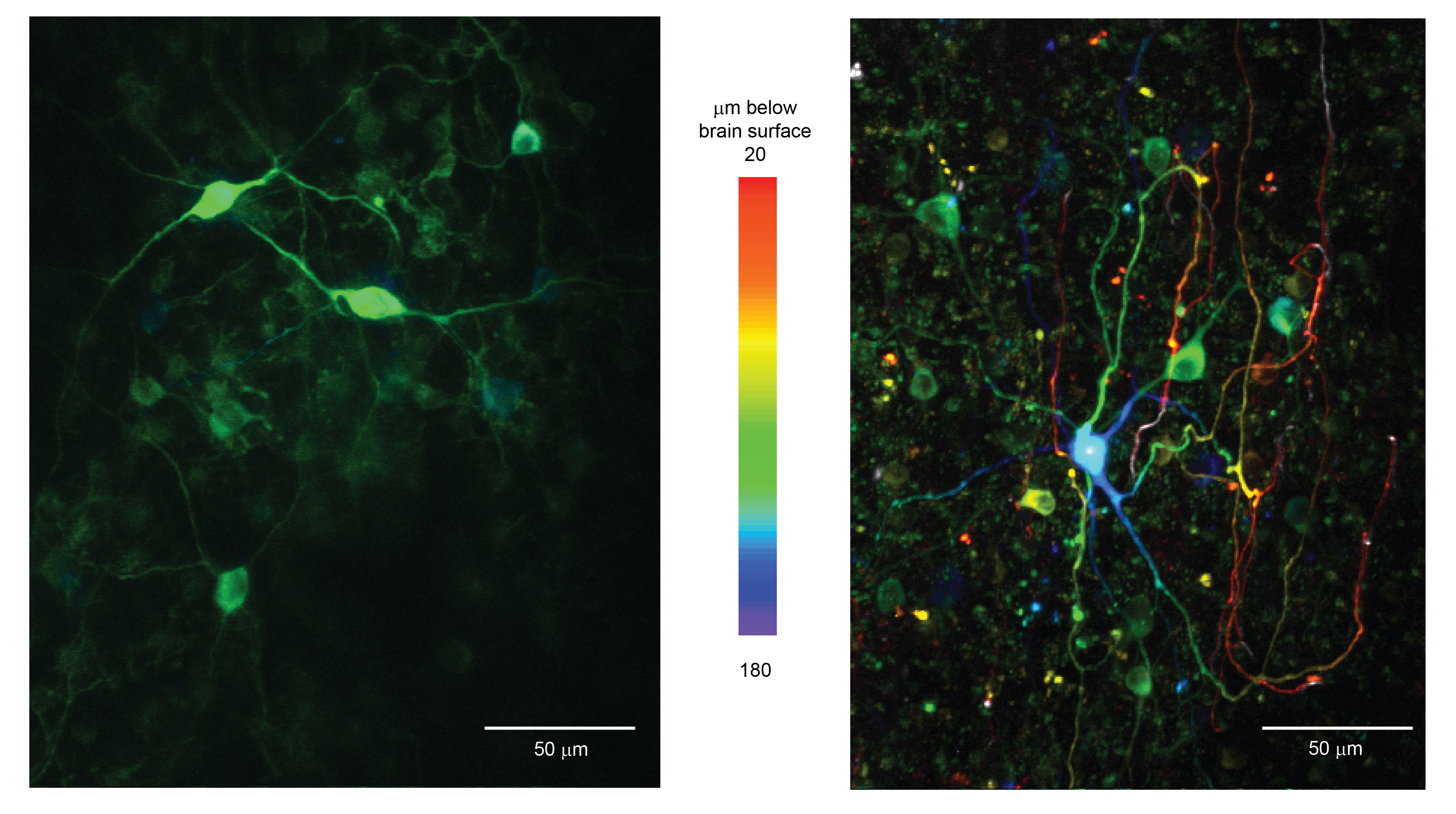 The brain is composed of many different types of neurons. These neurons have long, thin structures called dendrites and axons that densely intermingle with each other.

To understand how the brain works it is important not only to visualize the different cell types, but also to measure their behavior in active animals. The Optical Neuroimaging Unit, together with collaborators at Princeton University, is developing tools to label sub-types of cells and record their activity in living animals. For example, the unit uses genetic methods to label neurons and convert their activity into an optical signal that can be detected with advanced microscopy techniques.

The unit focuses on the cerebellum, which is involved in motor coordination as well as higher cognitive functions. Its latest publication presents a strategy to specifically label two of the four major cell types in the cerebellar cortex, interneurons and Purkinje cells, and record their functional signals. The authors previously found a way to specifically label a third cell type, glia cells, so the new method enables it to almost completely genetically and optically “dissect” the neuronal network of the cerebellar cortex in living animals. The researchers can now study the different cell types separately, analyze their activity, and correlate it with animal behavior in order to better understand the computations of the cerebellar cortex network.

In this image, interneurons of the cerebellum were labeled using a genetically-encoded indicator that was delivered by a specially-designed virus. The image shows Lugaro cells (left) and a large Golgi cell (right), two types of cerebellar interneurons with different properties and functions. The color code indicates depth in micrometers below the brain surface. The cells were imaged in a living animal with two-photon microscopy and can be observed for several days.