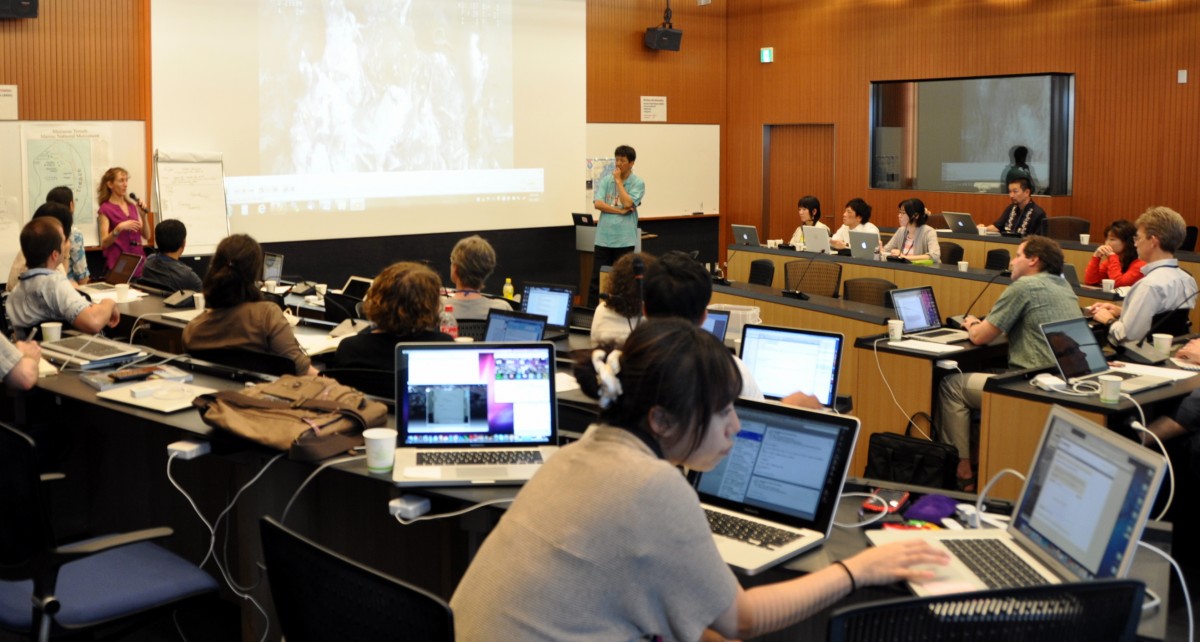 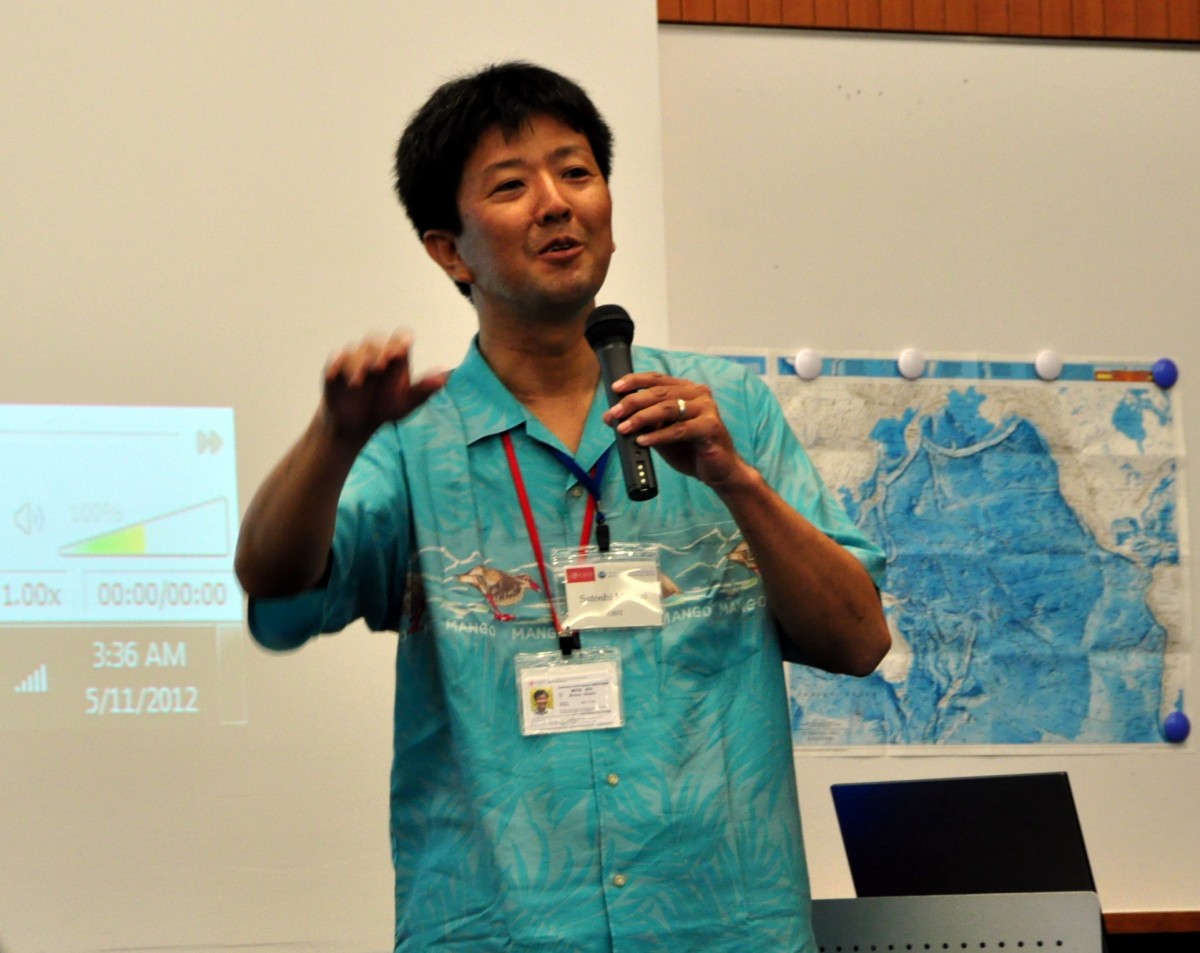 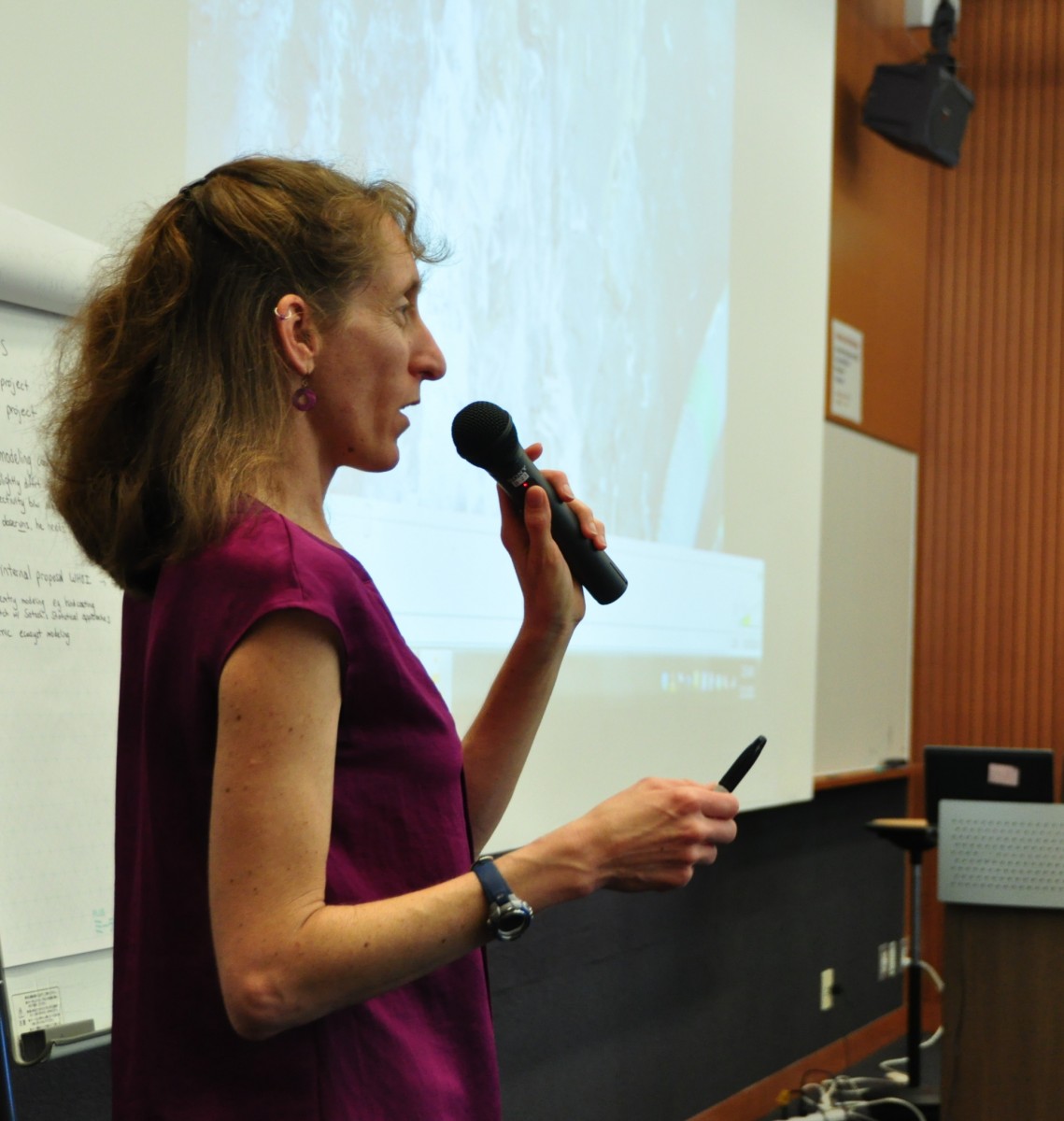 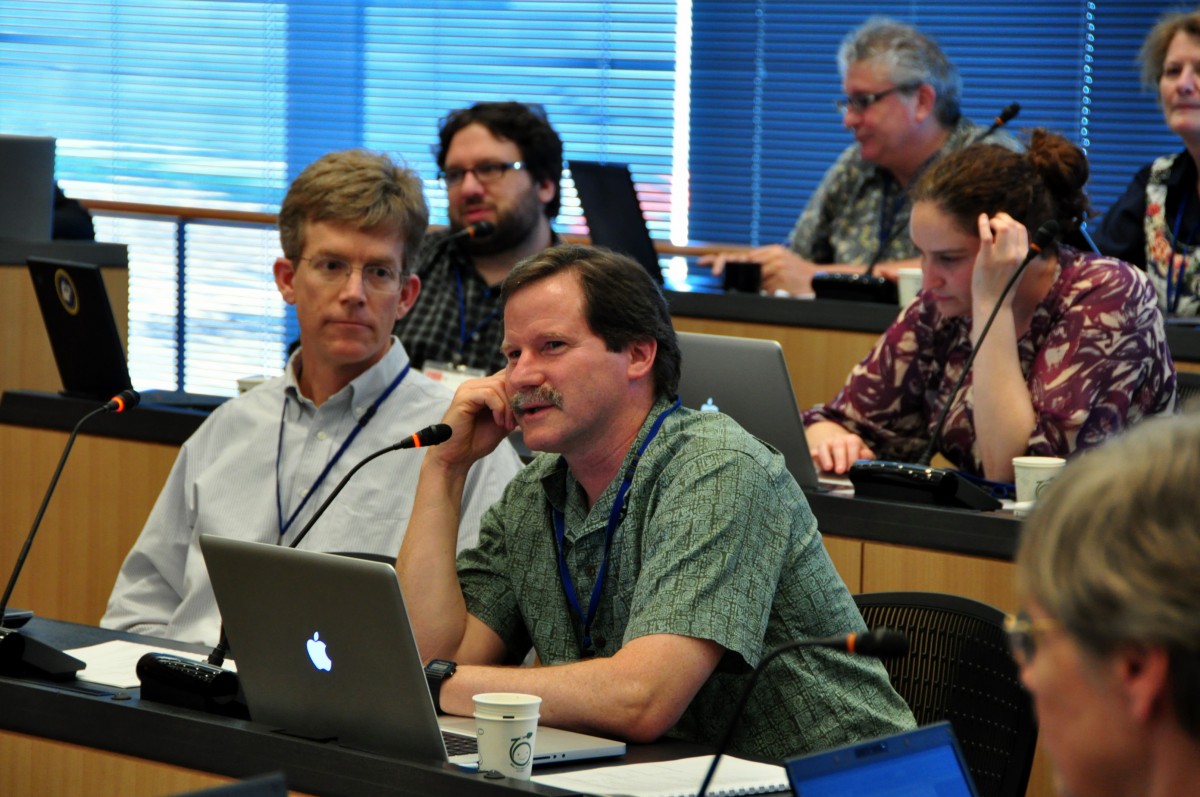 The Mariana Vent Larvae (MarVeL) workshop, held at OIST on May 10-12, was all about cross-ocean connections—both creating them and studying them. Co-sponsored by OIST and the US National Science Foundation, the meeting brought Japanese, American, and French researchers together to form a collaboration that will study hydrothermal vents in the Mariana Trough. The main thrust of the research will be to better understand how ocean currents may carry larvae from vent to vent.

A hydrothermal vent is a sort of submarine hot spring where hot water seeps out of the ocean floor. In contrast to the cold, unwelcoming water that surrounds them, the vents are hotbeds of biological activity, hosting microbes, tube worms, fish, shrimp, crabs, and other fauna. These organisms don’t stray far from home, but, says workshop co-organizer Satoshi Mitarai, head of the Marine Biophysics Unit, their larvae may be swept away by currents to grow up elsewhere. “If they’re lucky, they can reach another vent field,” he says. “There are some hints they can go hundreds of kilometers.”

One of the conference’s main objectives was to figure out how to integrate different disciplinary approaches, such as geochemistry, microbiology, and population genetics, in the current project, said workshop co-organizer Stace Beaulieu, a research specialist at Woods Hole Oceanographic Institution in Massachusetts. They will then go on to plan joint funding proposals and a joint expedition to the Mariana Trough, which has been little-studied by either side—Prof. Mitarai’s unit has focused its studies so far on the Okinawa Trough, whereas the US researchers have done more work on the East Pacific Rise, another geologically active area which is relatively close to the Americas.

“Science when it’s done with international collaborators is more interesting and yields more results,”said Dr. Beaulieu. She explained that culture influences how researchers do their work, so scientists from different countries have much to learn from each other: “We even approach the questions differently.”