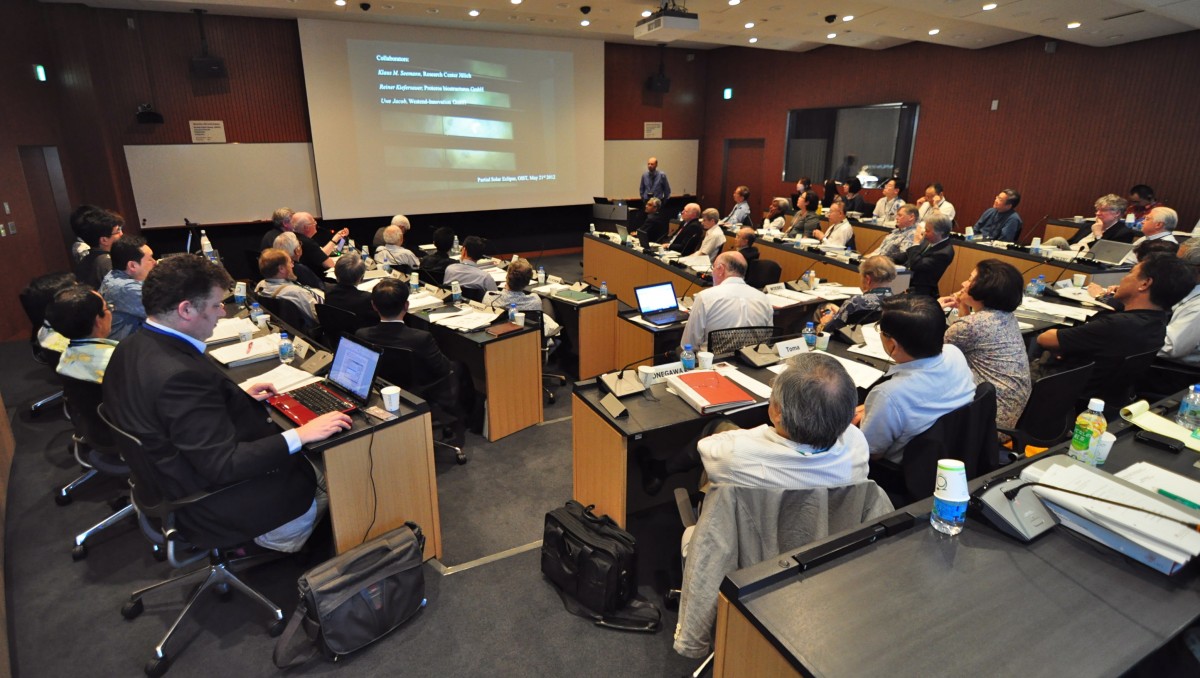 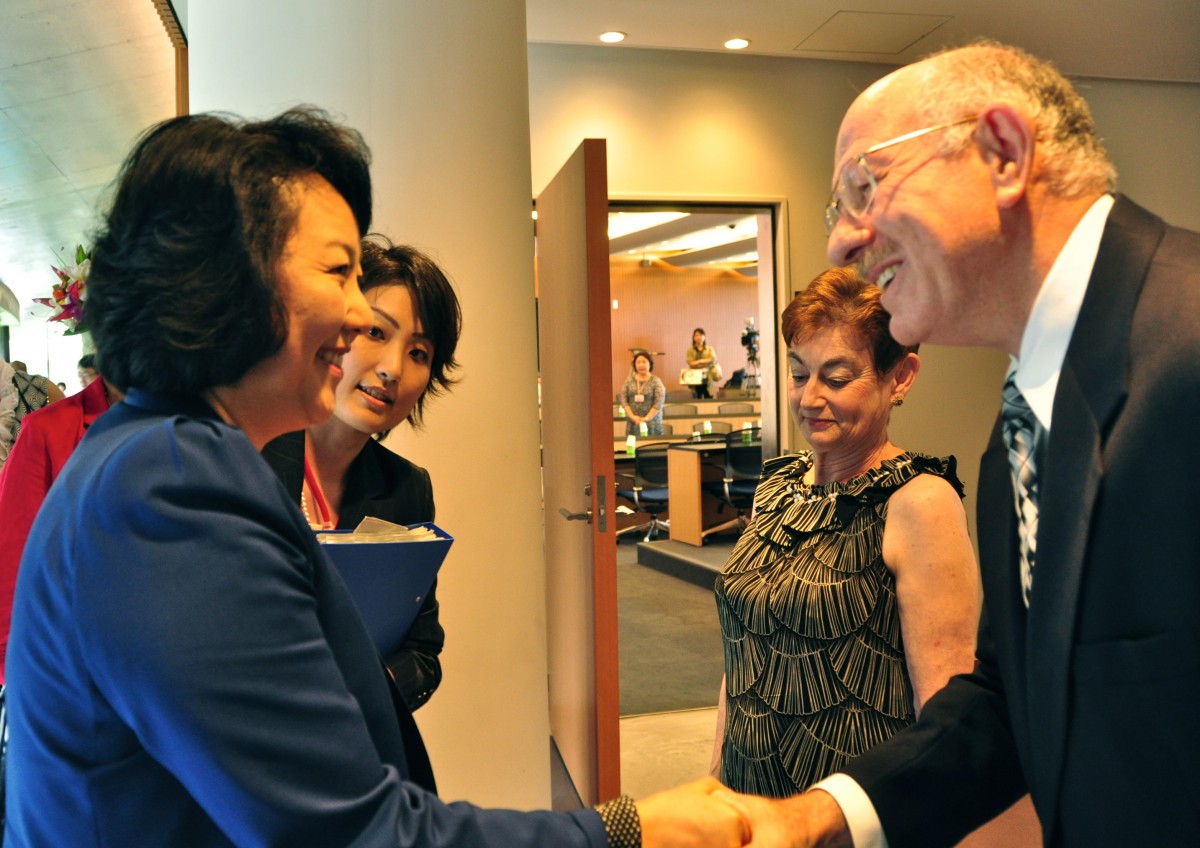 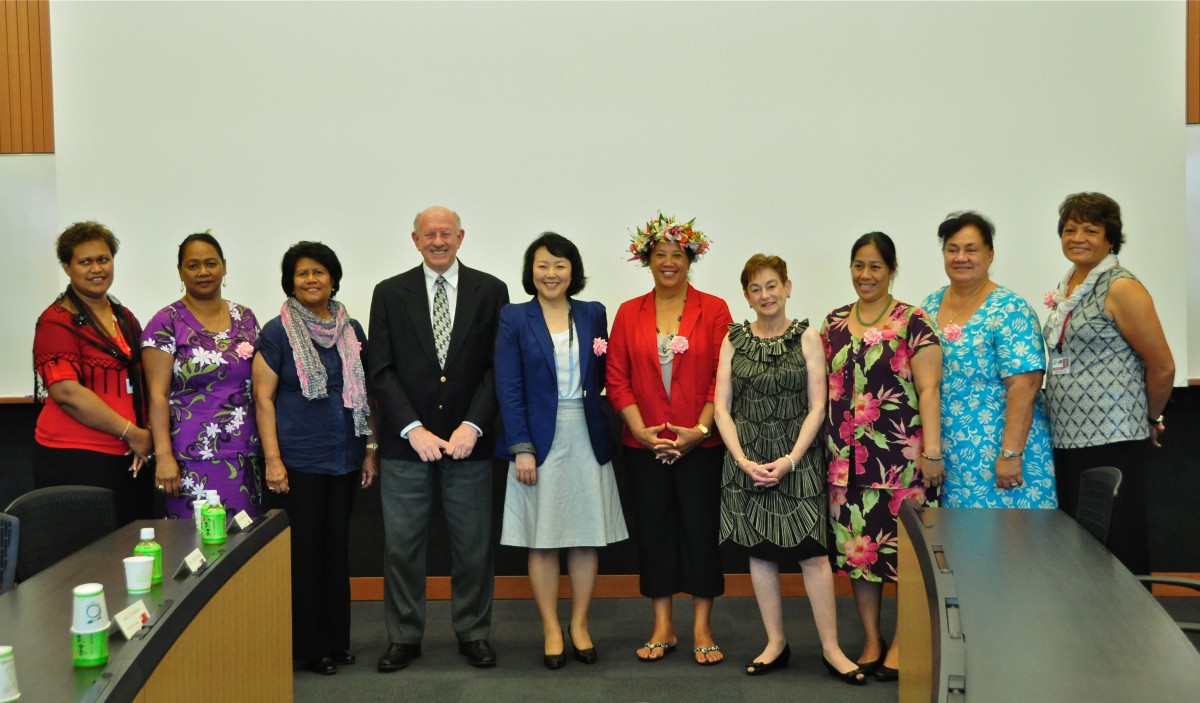 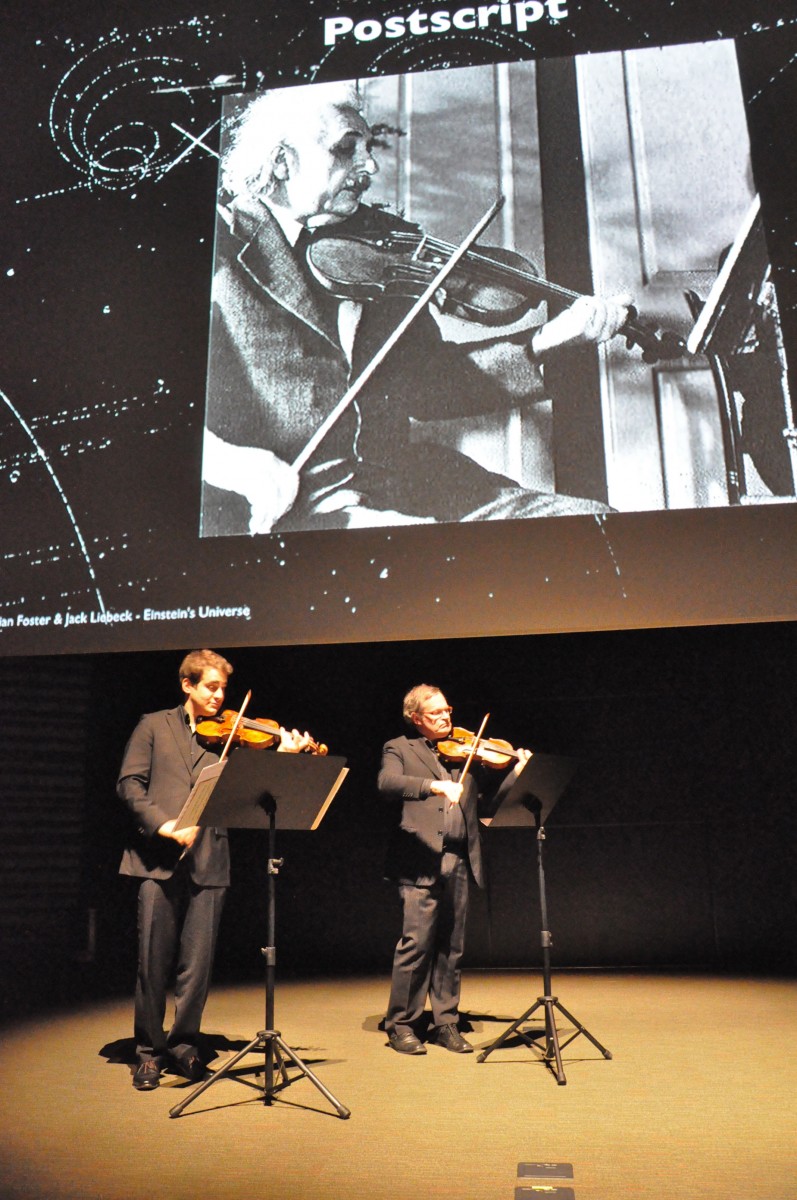 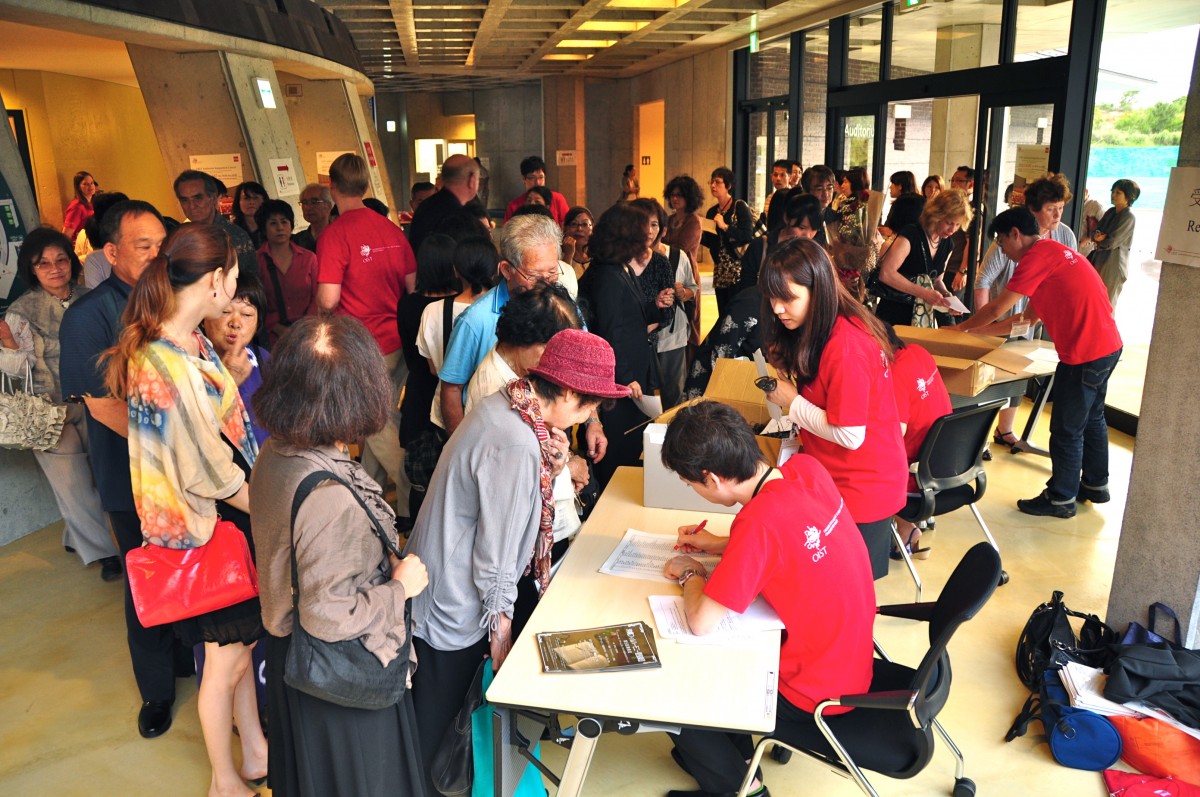 Reception for the concert on Saturday 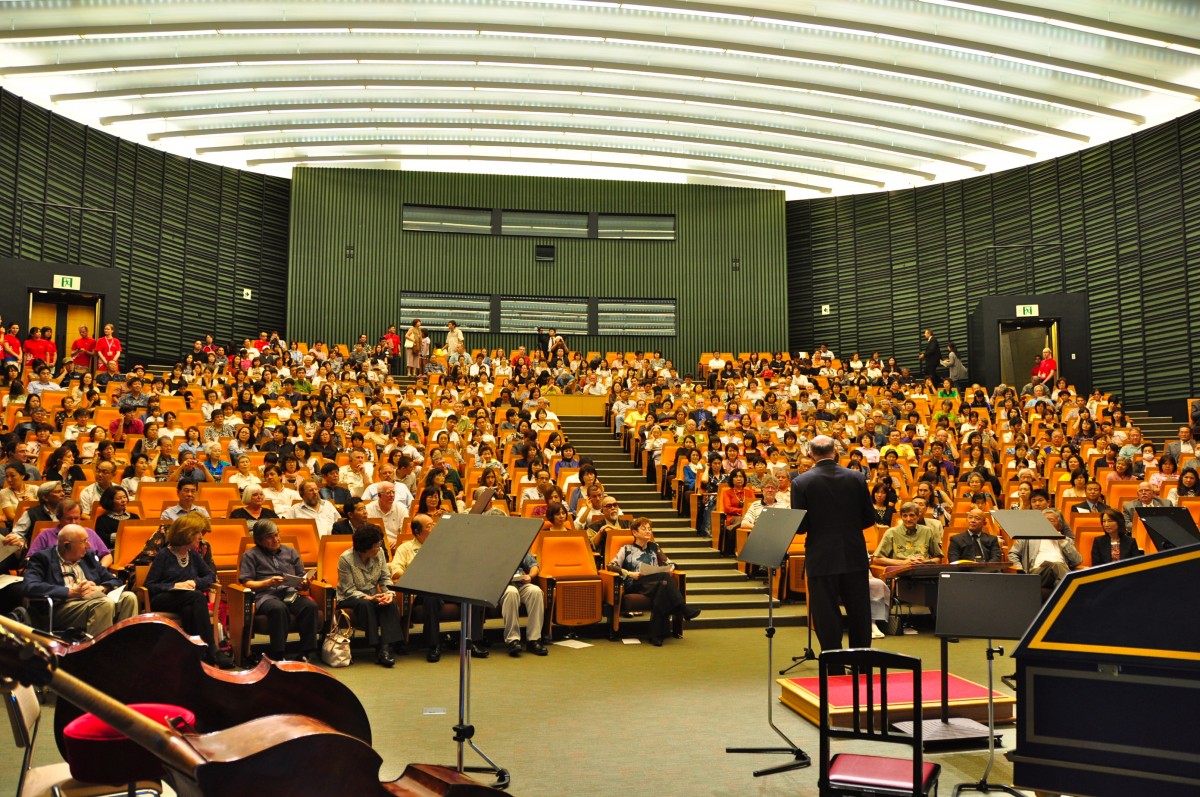 OIST had an action-packed few days last week as it hosted meetings of its Board of Governors (BOG) and Board of Councilors (BOC), followed by a press conference; held two performances to commemorate the opening of the new auditorium; and welcomed the first ladies of Pacific island nations for a visit.

The meetings brought distinguished scientists from all over the world, including five Nobel Laureates, to OIST on Thursday and Friday, May 24-25, where they discussed developments at the university. On Friday afternoon the board members were treated to “science vignettes,” brief talks by six OIST faculty members.

After the meetings of the BOG and BOC, OIST President Jonathan Dorfan and BOG Chairperson Torsten Wiesel held a press conference on Friday afternoon to discuss the meeting outcomes. Prof. Wiesel, speaking for the BOG members, said, “we feel very encouraged about the future,” and highlighted progress at OIST in recruiting faculty and graduate students, as well as “very positive interactions” with, and support from, the Japanese Cabinet Office. President Dorfan thanked both boards for their help, calling them a “tremendous brain trust,” and spoke about the high academic quality and diversity of the first graduate class, 34 students who represent 18 countries on 4 continents. He also spoke about OIST’s relationship with the prefectural government, as well as the collaboration agreements that have recently been signed with other local educational and governmental organizations.

That evening, the board members, along with many OIST members and their friends and families, attended “Einstein’s Universe,” a physics talk accompanied by violin music. President Dorfan welcomed the audience to the first performance in the new auditorium, which he said gives OIST the opportunity to hold more community events. He particularly thanked Mr. Yoshio Kadekaru of Orion Beer for the company’s sponsorship of both the Friday and Saturday auditorium events. To symbolize the auditorium’s inauguration, two members of OIST’s first graduate class, Shoko Ota and Mayank Aggarwal, stretched a ribbon across the stage, and Prof. Wiesel, Onna Village Vice Mayor Hidemitsu Ikemiyagi, President Dorfan, and OIST Provost Robert Baughman cut it. Professor Brian Foster of Oxford University then began the main event by commenting, “This is not the first time we’ve given [the performance] in front of a Nobel Laureate, but it is the first time we’ve given it in front of five, which is slightly frightening.” He and British violinist Jack Liebeck cooperated on the performance, which included the story of Einstein’s life and his love of the violin, as well as explanations of his theories and how they have led to today’s particle-smashing experiments at the Large Hadron Collider in Europe.

On Saturday, the First Ladies of eight Pacific island nations, including Japan, visited OIST as part of a side event of the 6th Pacific Island Leaders Meeting (PALM6). The guests were welcomed by OIST President Jonathan Dorfan and Mrs. Renee Dorfan, and listened to a short presentation by Prof. Noriyuki Satoh about his research on the symbiosis between corals and brown algae. The First Lady of the Cook Islands, Akaiti Puna, spoke about the importance of renewable energy development to Pacific island nations, which are vulnerable to climate change-induced sea level rise and now pay a premium for imported fossil fuels. The first ladies then stopped in to a workshop on "Accelerating renewable energy deployment in the Pacific Island countries: Meeting the challenges," which was co-hosted by the Japanese government and the International Renewable Energy Agency (IRENA), and held at OIST.

Saturday evening saw another big event in the new auditorium: a concert consisting of an orchestral performance by professors and students at the Music Department of the Okinawa Prefectural University of Arts, a solo performance by Mr. Liebeck and duets between him and violinist Victoria Sayles, and a performance of Okinawan songs by all of the musicians. The event had been widely publicized locally, and the free tickets were all reserved within eight hours of becoming available. On the day of the event, audience members began queuing up more than two hours before the start time. Hiroshi Kamiunten, a retired architect from Naha, said the concert was the first live classical music performance he’d heard in 40 years, and that he was particularly happy to hear Vivaldi’s “The Four Seasons” performed by the orchestra, as it was one of his favorites. Another guest from Naha, sixth-grader Rio Kawaguchi, who studies violin with the concert master, said, “I was very excited. The sound of the music was just so impressive.” 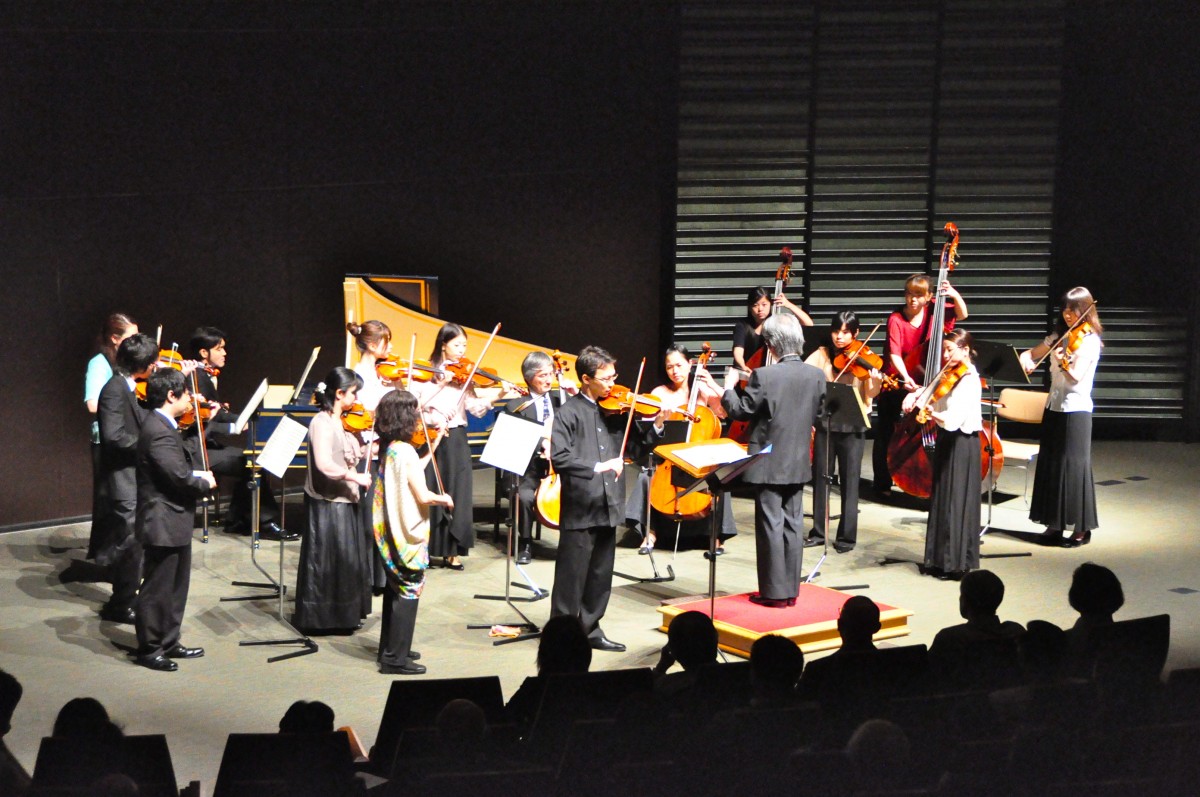 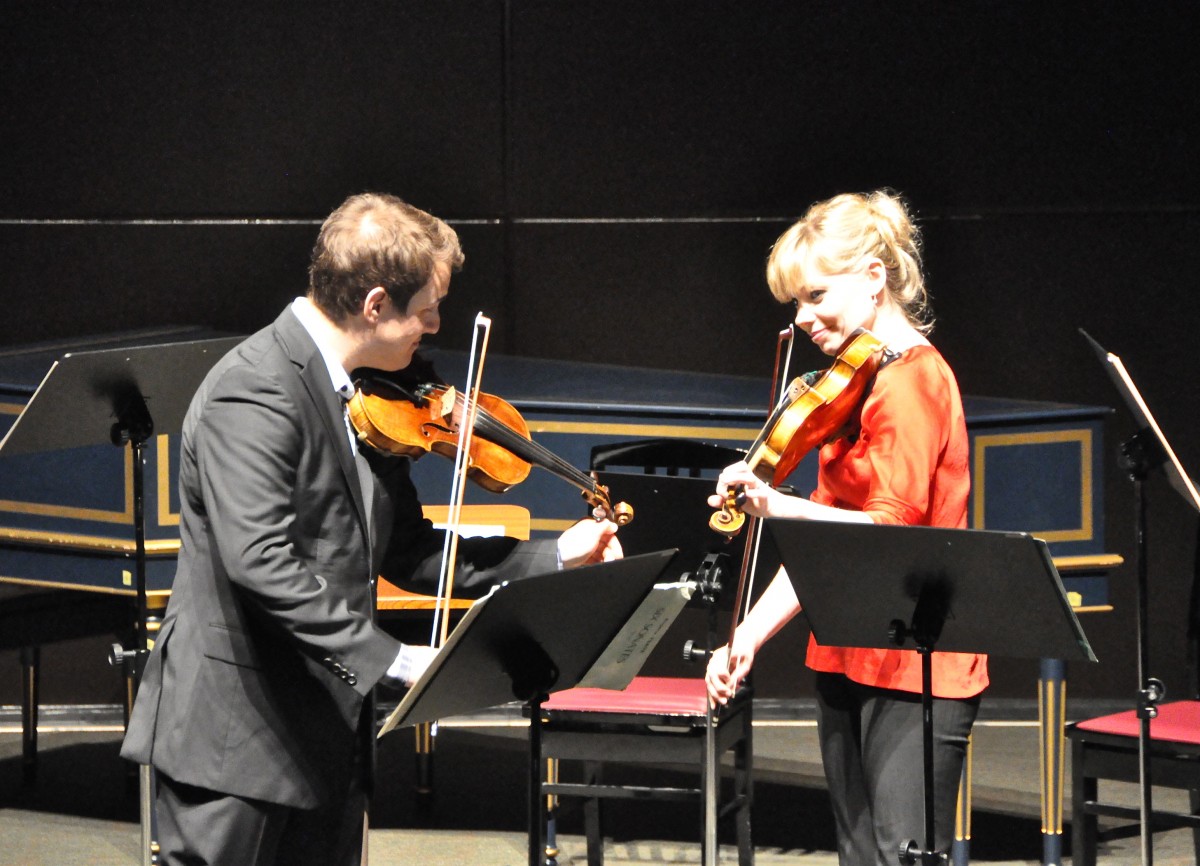 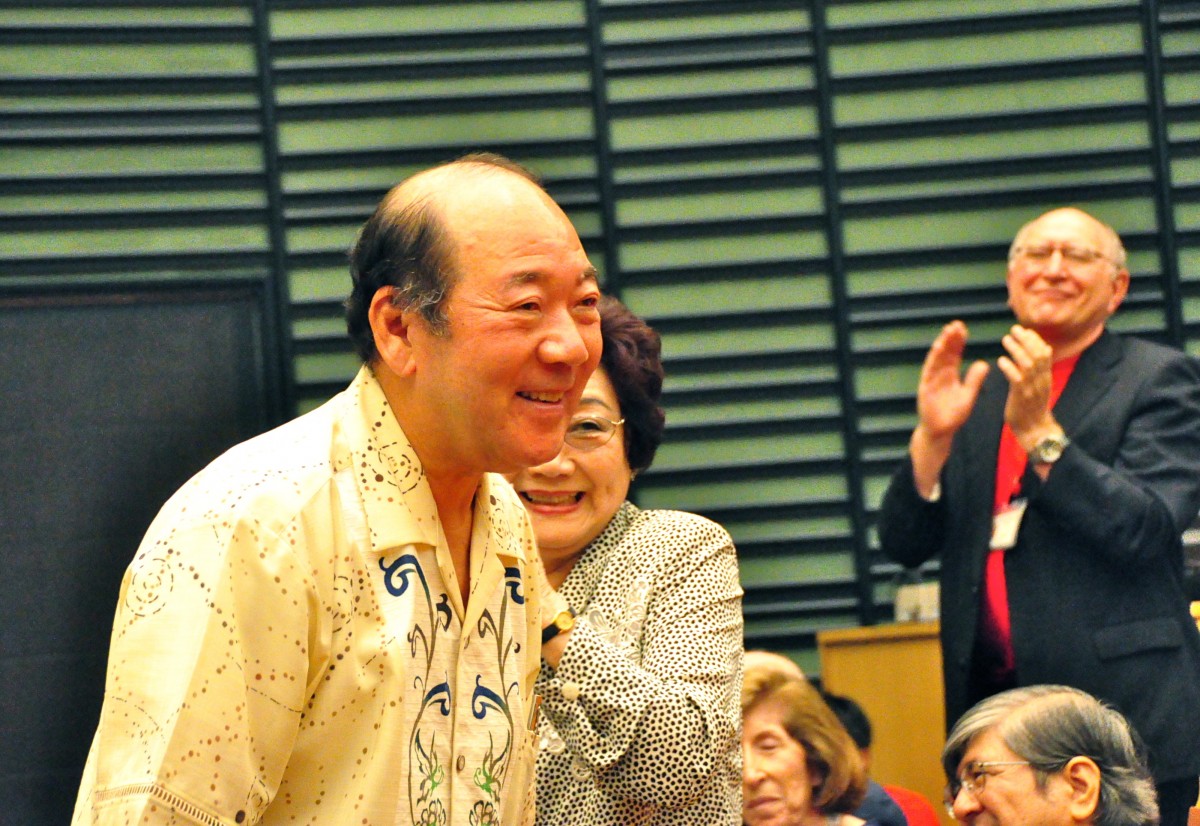 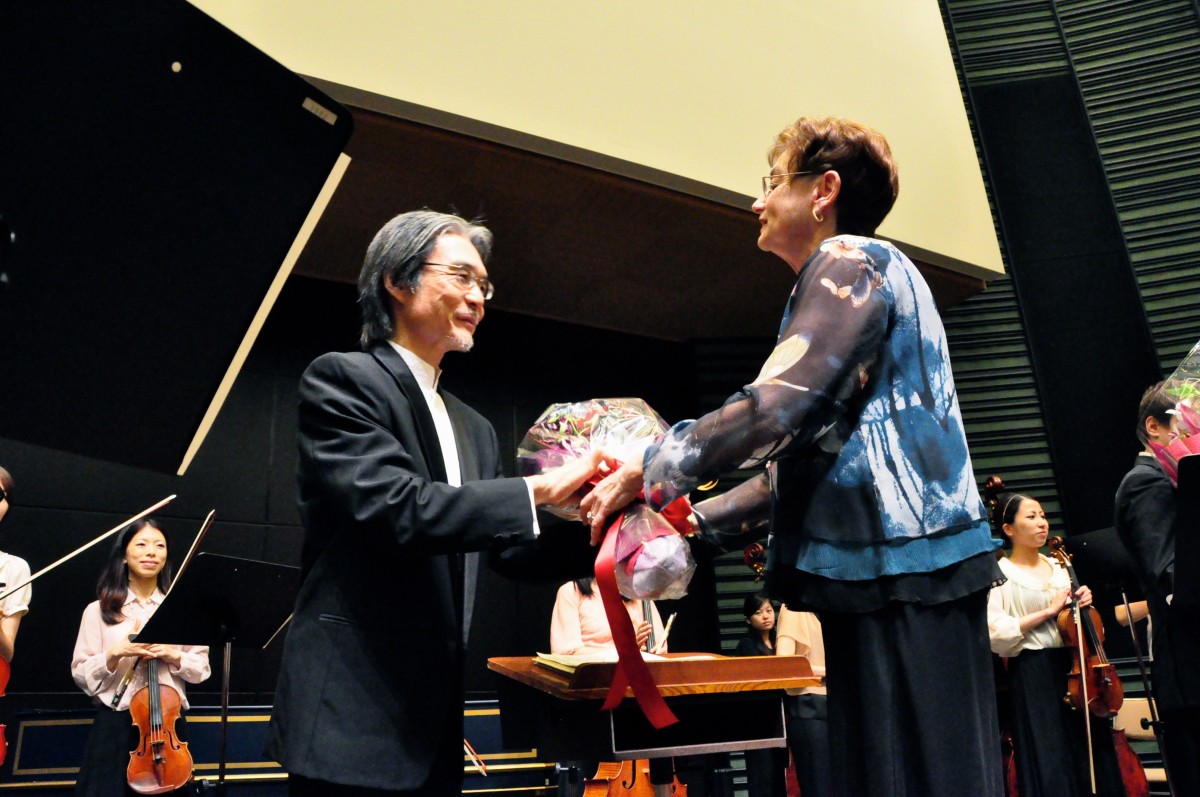