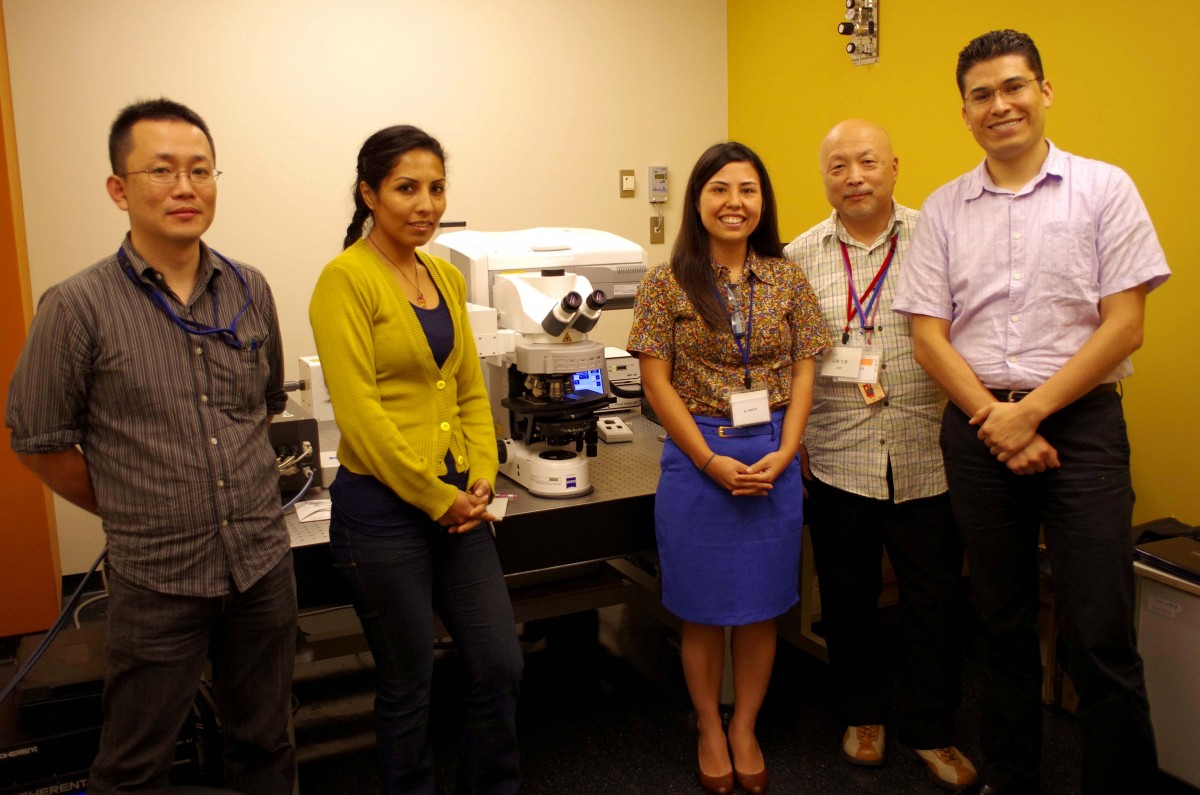 One of OIST’s major aims is to contribute to Okinawa’s development, but meeting local needs can be easier said than done. OIST Professor Ichiro Maruyama was struck by the fact that the university is well-equipped with powerful microscopes that could be useful to outside researchers, but that many these potential users are unfamiliar with the equipment. So Prof. Maruyama decided to hold a series of workshops in which invited experts will give lectures and hands-on demonstrations on how to use some of OIST’s top-of-the-line microscopes. The first such workshop, which covered two-photon fluorescence confocal microscopy, was held from May 15-17.

This session was led by Fumiyoshi Ishidate, a visiting researcher in Prof. Maruyama’s Information Processing Biology Unit who also holds appointments such as Visiting Professor at Kyoto University. Professor Fumiyoshi Ishidate worked for Carl Zeiss MicroImaging, a company that makes two-photon fluorescence confocal microscopes, for 43 years before retiring a few months ago. He agreed to conduct the workshop because he is passionate about microscopy and sees the lessons learned during his career as “a kind of treasure that should be given to others,” Prof. Ishidate said. This session of the workshop drew 28 participants, about half of them from OIST, and the other half from the University of the Ryukyus, Okinawa National College of Technology, and other institutions in Okinawa. Prof. Ishidate gave lectures on the first day, after which participants were divided into three different groups for hands-on training over the next two days.

Rie Sonamoto, a student at Okinawa National College of Technology, said that during the workshop she was excited to see real, moving images of structures such as motor proteins that she’d only seen illustrations of in textbooks. One of her schoolmates, Chika Gushiken, added that she liked the fact that the workshop was in English, since she wants to learn to communicate with international colleagues about her research on chitin, a compound found in crustacean shells and in many other places in nature.