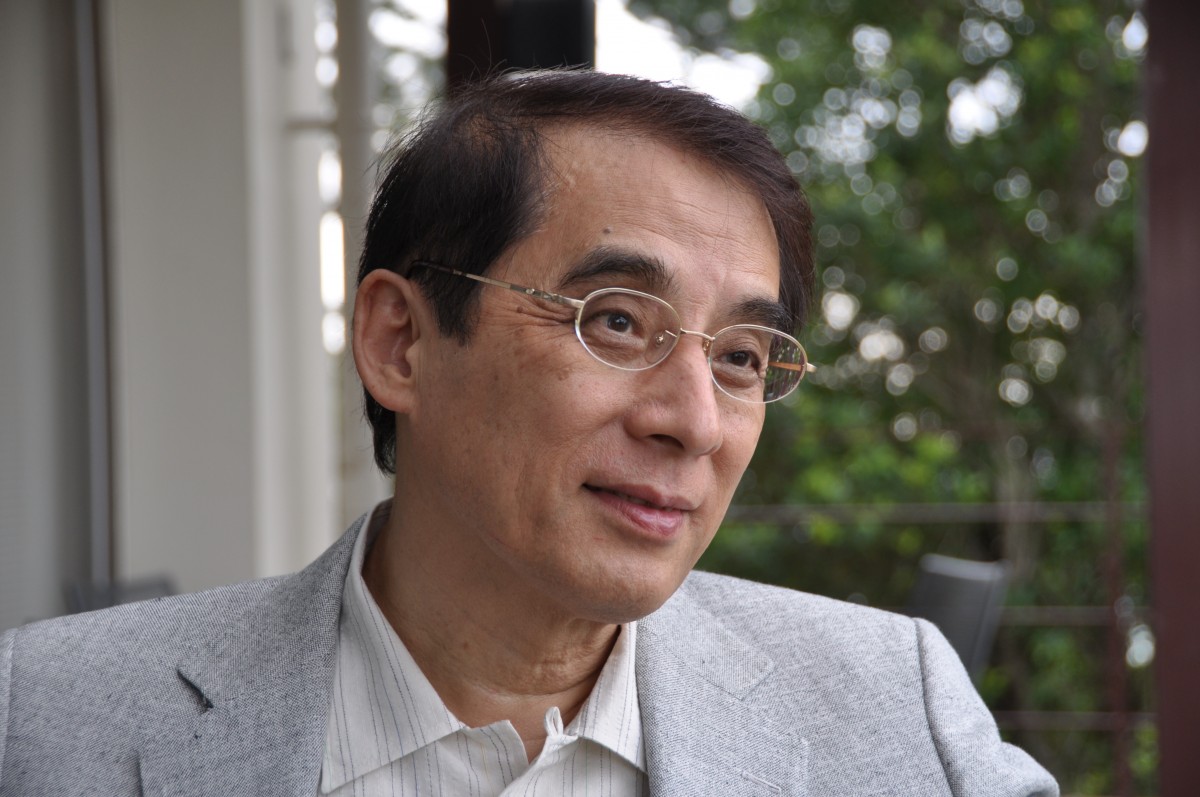 OIST was saddened by the death on May 2 of Prof. Akira Tonomura, OIST Adjunct Professor and head of the OIST Electron Microscopy Unit.  Prof. Tonomura was also a Fellow of the Advanced Research Laboratory (ARL) at Hitachi, Ltd., Group Director of the Riken Single Quantum Dynamics Research Group, and Principal Investigator of the FIRST project “Development and Application of an Atomic–resolution Holography Electron Microscope.”  His funeral was held on May 12 in Tokyo and was attended by many from the Japanese and international scientific community, including OIST’s Provost Robert Baughman, Special Advisor Hirotaka Sugawara and Board of Councilors member Makoto Kobayashi.

In a long and outstanding research career in the Hitachi ARL, Prof. Tonomura made many important discoveries and technical advances in electron holography and analysis of magnetic nanodomains.  His development of coherent field-emission electron sources enabled the realization of electron holographic imaging, which permitted extremely precise measurement of electron phase shifts and direct observation of microscopic magnetic lines of force and experimental evidence confirming the Aharonov-Bohm effect.  In an intriguing experiment he demonstrated that single electrons build up an interference pattern even though they are not in the presence of other electrons.  With the skilled resources of the Hitachi engineering team, he developed a 1MV field-emission electron microscope with previously unreachable electron beam brightness and lattice resolution, which enabled observation of trapped and untrapped magnetic vortex lines inside high-temperature superconductors and other critical nanoscale observations.

At the formal initiation of OIST in 2005 Prof. Tonomura was named one of the first four principal investigators in the “Initial Research Program.”  In his OIST project he designed and built a new type of 300kV transmission electron microscope incorporating developments realized on previous instruments to achieve the highest level yet of Fresnel and holography modes of observation. Use of a Lorentz lens configuration for the first time enabled construction of a special field-free specimen chamber where the applied magnetic field can be varied in direction and amplitude over large domains and the temperature of the specimen can be controlled down to very low temperature. This represents a “nano-laboratory” for achieving physical measurements on nano-scale specimens under precisely controlled applied fields.

This unique OIST electron microscope was used to make a series of important new observations.  Nanometer-resolution observation of magnetic domain structures in diluted magnetic gallium manganese arsenide semiconductor revealed a promising material for future nano-devices.  Observation of dipole-coupled Ni nanoparticles showed the magnetization within each particle and the field strength between particles, information that cannot be observed with conventional SQUID magnetometers because the nanoparticles form a closed magnetization loop with an external field nearly zero.  The size and pattern of the arrayed nanoparticles are critical to know for possible applications in designing new recording devices.

In a study of “templated” Fe films it was founds that the domain structure of soft magnetic media can be manipulated by morphology of the template.  The high resolution of the holographic measurements permitted characterization of domain boundaries and the presence of magnetic vortices and antivortices along the domain walls.  This work suggests that templated control of magnetic domain boundaries has promise for basic science and applications in nanomagnetic information technology.  Studies of the dynamics of ultrafine magnetic writing heads revealed surprising detail in the magnetization processes of nanosculpted objects.  Holography shows clearly the domain structure of the conical 50-nm wide tip.  Understanding the effect of domain structure of the tip morphology and the appearance of stray fields in the partially magnetized tip may lead to significant improvements in write-head design and performance.

In particularly exciting studies, the new OIST microscope was used to characterize further magnetic vortices in superconductors Tonomura’s Lorentz images revealed the unexpected subtlety and richness or vortices associated with the layered structure of the superconducting matrix.  The sensitivity of Lorentz imaging clearly reveals the structure of Abrikosov, Josephson and pancake vortices, which provides a uniquely powerful approach for revealing behavior in novel and in modified or doped superconductors, results with both theoretical and practical importance.

Based on the success of the OIST 300kV microscope, a new FIRST project, the Riken "Single Quantum Dynamic Research Group” was funded in 2010 to build a 1MV instrument. As part of a collaboration with Riken and Hitachi, OIST agreed to make its 300kV microscope available as a development instrument for the new FIRST project with the understanding that time would also be made available for research studies. OIST is committed to maintaining and making available the unique 300kV Lorentz electron microscope as part of its shared resource facilities.

The special features of this microscope can be applied to the broad class of ordered ferroelectric materials and multiferroics that exhibit both ferroelectric and magnetic order.  In particular, use of applied electrical fields may reveal additional insights in theoretical and practical studies of superconductors and other materials. Many biological materials respond to electromagnetic fields, phenomena that could be imaged in situ to reveal their dynamics.

Throughout his career, Prof. Tonomura’s research was characterized by the beauty and elegance of the images it produced, and this often led to his work being featured on the covers of leading journals.  On the personal level, he was famous for his own sensitive photographs of nature in different seasons and settings. Akira Tonomura was a dynamic and creative force who will be missed by the members of OIST and the entire scientific community.