Prof. Mitsuhiro Yanagida elected to US National Academy of Sciences 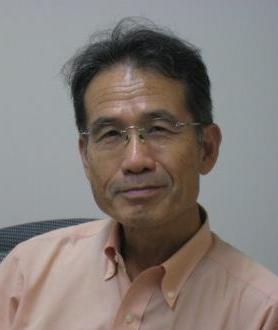 Prof. Yanagida graduated from the University of Tokyo’s Graduate School of Science. As a post-doctoral researcher, he worked at the University of Vienna, an institution in Naples, and at the University of Maryland, before becoming a professor at Kyoto University in 1977 at the age of 36. Over the past 30 years, Prof. Yanagida has achieved excellent results in the research field of eukaryotic cell cycle, particularly the regulatory mechanisms of chromosome segregation. He is also widely known for his early works on fluorescence microscopic observation of DNA, which were the first such observations. He joined OIST in 2004, and heads the G0 Cell Unit, which investigates the molecular mechanisms of cell regulation in arrest and maintenance during the non-dividing stage of the cell cycle. His unit is also investigating the health effects of Okinawan products and the genetic basis of Okinawan longevity with a grant from the Okinawa Prefectural Government. “I am very surprised by this news--it is a great honor,” Prof. Yanagida said of his election to the NAS. “I am very pleased.”

The US National Academy of Sciences is a private, nonprofit honorific society of distinguished scholars engaged in scientific and engineering research, dedicated to the furthering science and technology and to their use for the general welfare.  Established in 1863, the National Academy of Sciences has served to "investigate, examine, experiment, and report upon any subject of science or art" whenever called upon to do so by any department of the government.