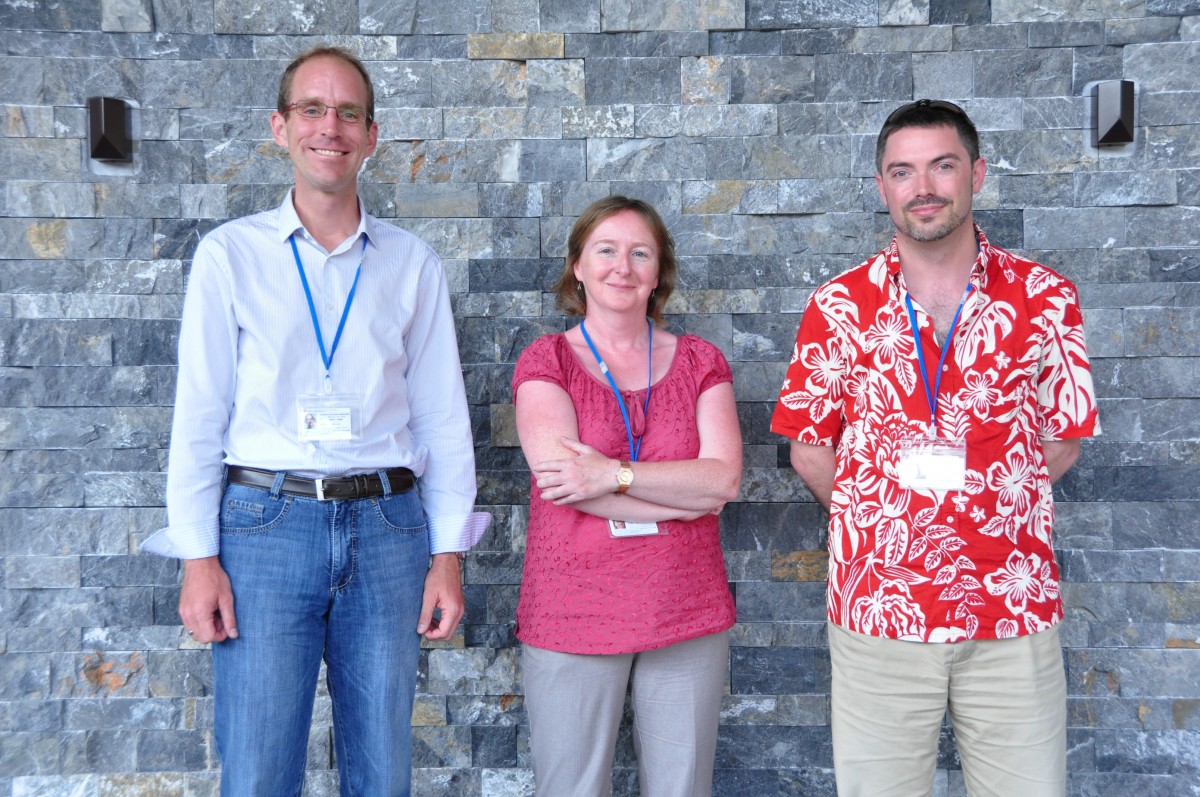 Quantum@OIST, which took place from May 7-10, was a little different from the usual research workshop. For one thing, many of the speakers and attendees were 20- and 30-somethings clad in shorts and T-shirts. For another, sandwiched among sessions on “Strongly Correlated Quantum Gases” and “How to Make a Photon in a Quantum Spin Liquid” were talks on OIST's high-performance computing unit, housing, and relocation.

The seminar was organized by new faculty members Thomas Busch, Síle Nic Chormaic, and Nic Shannon as a way of introducing their group members to OIST, and OIST to the new units. All three units will be moving to OIST in September or October. Professors Busch and Nic Chormaic's units are currently at University College Cork in Ireland, and Prof. Shannon's is divided between Oxford University and the University of Bristol in the United Kingdom. In total, about 25 people from the three units came to OIST for the seminar. The decision to move to OIST with their units was “a big leap of faith” for the group members, and part of the purpose of the trip was to give them a better idea of life at OIST before they actually make their moves, said Prof. Nic Chormaic. Luckily, Okinawa's weather was at its best during the first few days of the seminar. “They're all really enthusiastic, much more than before they'd seen OIST,” she said.

Another goal of the seminar was to allow the new units and those already at OIST to get to know each other and begin to form collaborations. “We were lucky to get eight OIST speakers to talk to us. They were very welcoming too,” said Prof. Nic Chormaic. The new faculty members did not give talks, but instead had the students and researchers in their units present their own results.

Quantum behavior is “hard to access and study, but it seems possible that one could build machines with quantum properties,” says Prof. Busch. His unit is working on the theoretical basis for quantum computers, which would be much more powerful than conventional computers could ever be.

Prof. Nic Chormaic's unit uses quantum principles to slow down and trap particles with lasers so that they are easier to study. Prof. Shannon's unit is working on a theoretical understanding of what he calls “the social life of electrons”—that is, how electrons interact with each other in certain types of materials with intriguing properties.