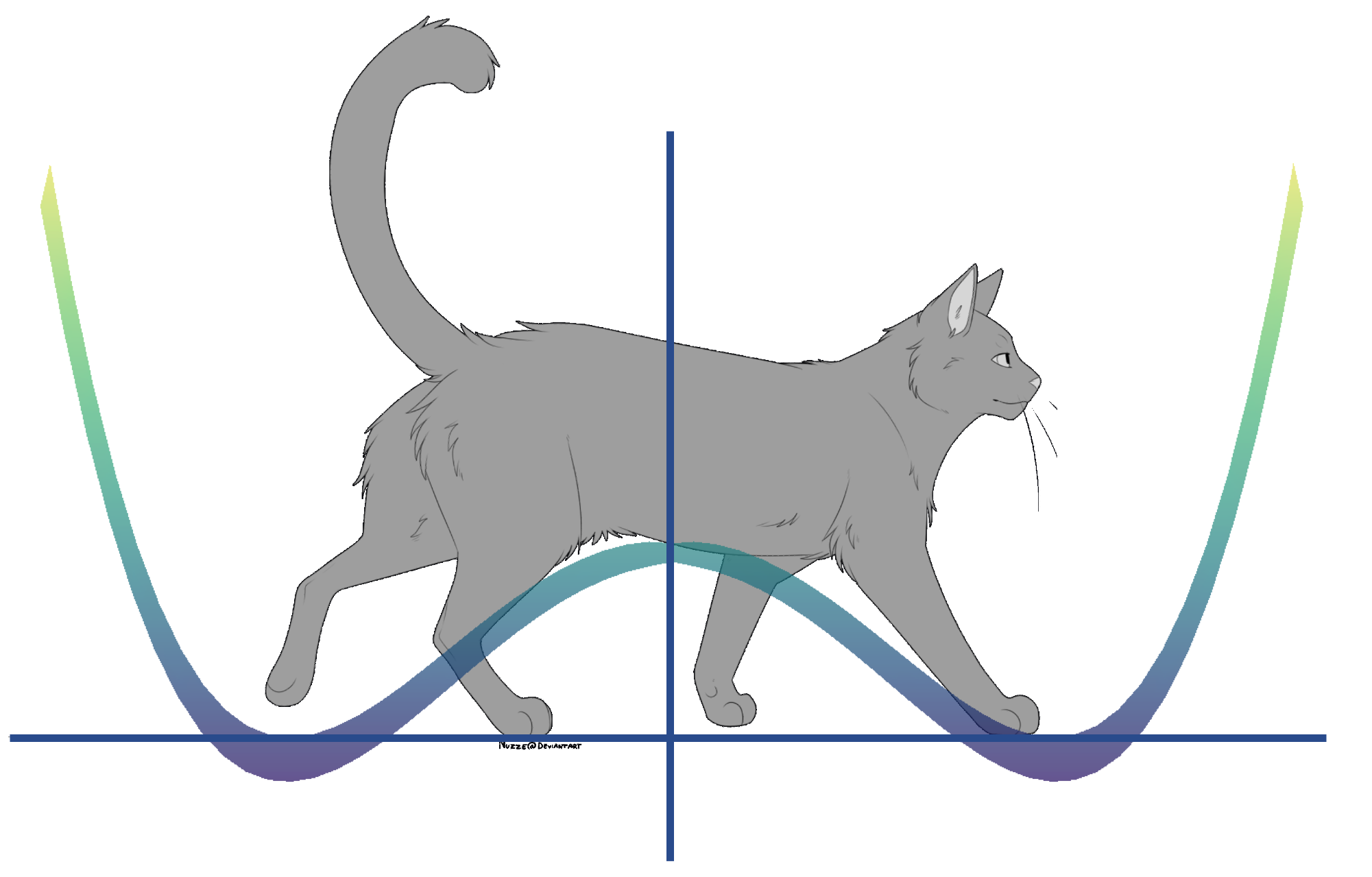 Schrödinger's cat illustrates the paradox of superposition. In this scenario, a cat was placed in a closed box with a flask of poison. After a while, the cat could be considered simultaneously alive and dead. In analogy to quantum mechanics, this refers to a quantum particle simultaneously being in the two wells. If someone were to open the box fully, they would find out whether the cat is either alive or dead, so the rules of the ordinary, classical world would resume. However, if one were to open the box just a little, they might see just a small part of the cat, perhaps the tail, and if they were to see the tail twitch, they might assume, without certainty, that the cat was still alive. This refers to the weak measurements that the machine was giving the researchers as data points. This image appeared in the article "Machine learning a useful tool for quantum control, finds new study".