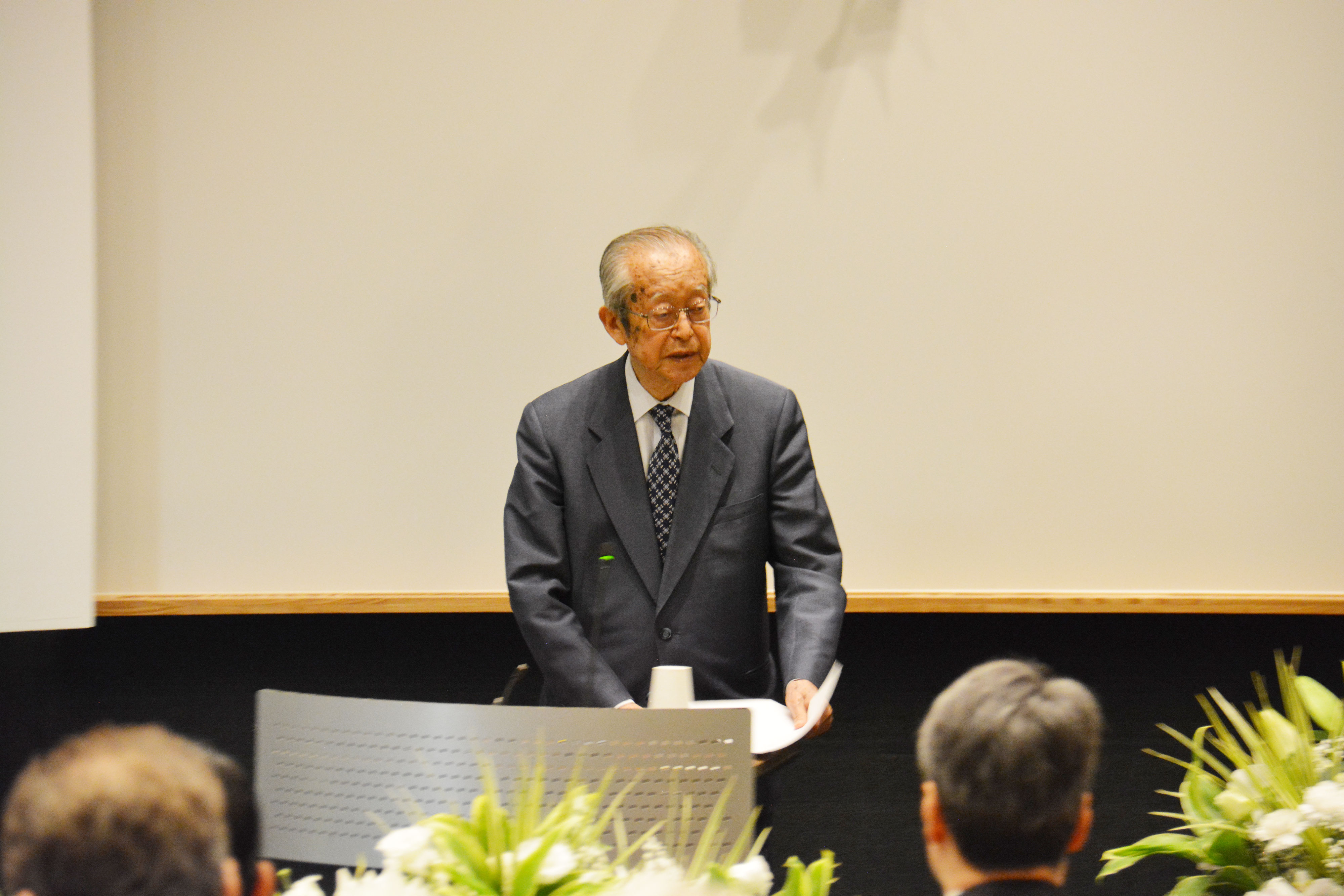 “In 2001, when I was Minister of Science and Technology Policy and was developing the idea for OIST, I began looking for someone who could help make my vision a reality.  I interviewed numerous Nobel Laureates, but among all those I met during my search, Dr. Brenner was one of those who responded most strongly to my idea for a graduate university for science and technology. I was highly impressed by his energy and vision, and I knew then that I had found the right person to oversee the long process of establishing OIST,” said Mr. Koji Omi, at Dr. Sydney Brenner Memorial Tribute, held in May, 2019.