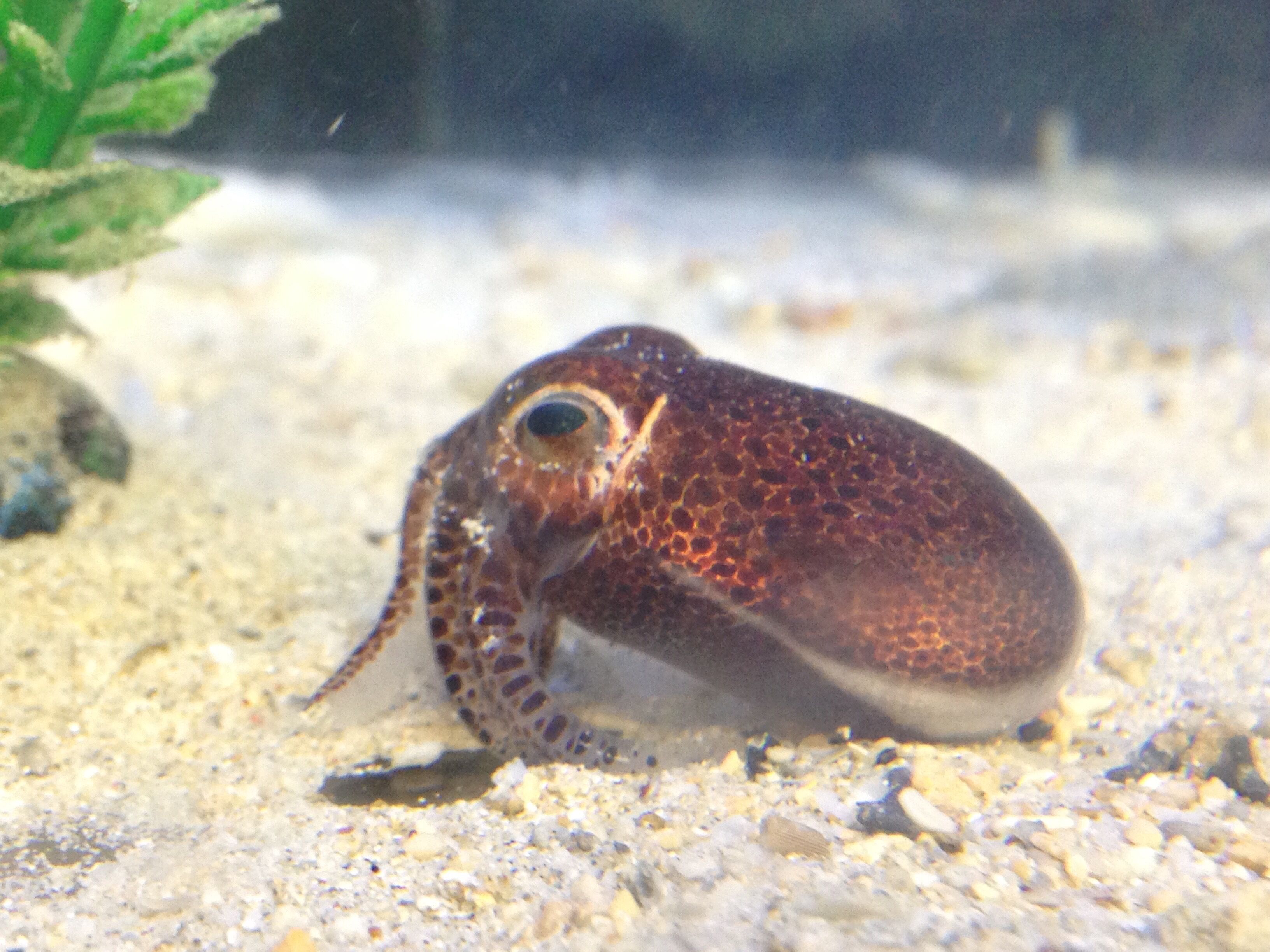 A photo of Euprymna brenneri, the new species of bobtail squid described in the 2019 OIST study. Photo taken by Jeff Jolly, a co-author of this study. The species was named after Dr. Sydney Brenner, who was President of the OIST Promotion Corporation from 2005 to 2011 and one of the founders of OIST, in recognition of the critical role he played in developing the field of cephalopod genomics. This image appeared in the press release ‘Diversity of tiny bobtail squid driven by ancient biogeographical events, finds new study’.